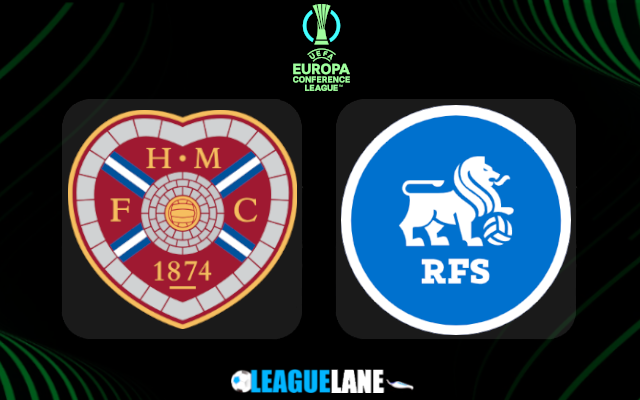 RFS might be hoping to repeat their impressive run in the previous Europa Conference League season. They recorded their maiden qualifying round advancement in any European competition that season.

It seems that RFS is determined to maintain the same. They locked horns with Fiorentina in their opening fixture in this season. The match ended up in a score draw.

However, they have not won a fixture further then and are currently on a four-game winless streak in the Europa Conference League.

On the contrary, Hearts have been winless in 7 of the last 10 matches. 6 of them were negative outcomes.

Hearts made a huge upset two days ago when they were destroyed by Celtic 3-4 at this venue. It was their third successive defeat across all competitions. A losing set like this will surely frustrate them.

However, Hearts league quality and competitive difference is likely to make them bookies favorite here slightly. Even with so many losses posted lately, we cannot rule out their chances of winning this game or avoiding a defeat in this fixture.

There is no doubt that the match is sizing to be a high-scoring affair as both the teams will come in will all guns blazing on Thursday. So the tip for over 2.5 goals will probably come in handy.

RFS might be aware of the defensive holes displayed by Hearts in the past several fixtures and will be hoping to post one past them.

Meanwhile, despite conceding goals in the last few games, Hearts did not forget to score goals back. In the last game they lost to the reigning champions but scored 3 goals.

All three goals were scored by their Scottish striker Lawrence Shankland. Coming off the back of a hat-trick against a team like Celtic, expect a goal from him anytime in this game.