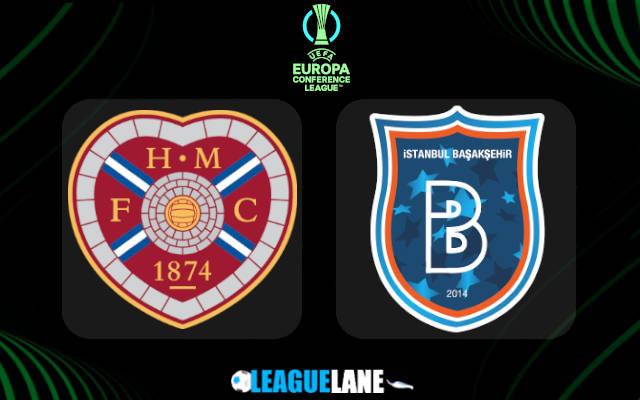 Hearts participated in their last European group stage back in the 2004/05 season. They will now host Istanbul Basaksehir at Tynecastle Park this Thursday.

Finishing third last season in the Scottish Premiership helped the Jam Tarts book their place in the second edition of the Conference League.

Earlier, they were defeated by Zurich in the Europa League playoff stage. Nevertheless, manager Robbie Neilson and his men will not lack any support from the fans as they return to top-level European competition after almost eighteen years.

Meanwhile, Istanbul Basaksehir finished fourth last season in the Turkish Super Lig. The Boz Baykuşlar successfully qualified for the Conference League after knocking out Antwerp in the playoff stages.

Moreover, former Real Madrid and Arsenal man Mesut Özil will be making his appearance for the Boz Baykuşlar in this upcoming fixture.

Going into this fixture, manager Robbie Neilson will have a huge task ahead of him. However, this game will surely be full of action as both teams are placed fourth in their respective domestic league.

It is important to mention that this Basaksehir side have all the strength to top this group in the Conference League. Also it is worth mentioning that Emre Belozoglu and his men played in the Champions League in the 2020/21 season.

Therefore, they have more experience playing against top European teams.

Moreover, Hearts number nine Lawrence Shankland already has four goals this season, with three being scored before the 25th minute. Hence, this game will most likely not end in a stalemate.

Our prediction is that Hearts will win this game – at 3.10 odd. This is after considering their decent form in the league as well as Lawrence Shankland’s goalscoring form.