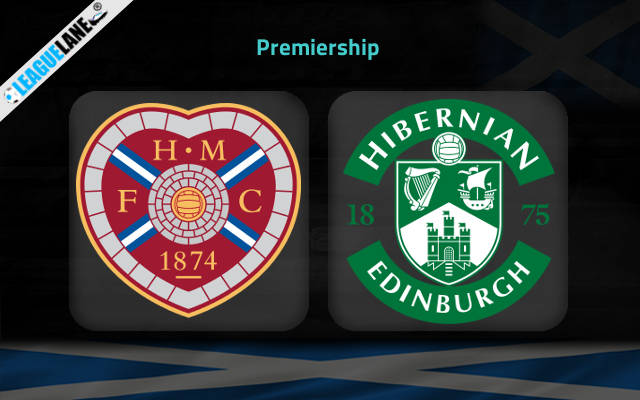 The Scottish Premiership schedule-makers have been truly generous towards the football fans, giving them two greatest clashes the country’s football has to offer right at the start of the year.

Rangers and Celtic battled it out in the first game of the year on Monday afternoon, while the 15:00 pm UK time kick-off is reserved for the Edinburgh derby.

Everything points to a highly-exciting clash between Hearts and Hibernian on Monday as both teams have been playing attractive attacking-minded football after the World Cup break.

We have thus seen at least four goals in each of Hearts’ three outings in December, while the same scenario happened in all three of the Hibs’ post-World Cup fixtures.

Hearts will enter the tie in higher spirits as they claimed a big 2-3 road win over top-half rivals St. Johnstone on Wednesday night.

Lawrence Shankland continued his marvelous season by converting the penalty-kick at McDiarmid Park to take his league tally to 13 goals.

The Jam won two and drew one of the previous three league affairs, bagging eight goals in the process.

They will fancy their chances of finding the back of the net on multiple occasions here against the arch-rivals, especially knowing that Hibernian will go into this off of a poor display in the 0-4 home loss to Celtic.

Hibernian lost two of three matches in December but it is worth noting that these defeats have come at the hands of Rangers and Celtic. They demolished Livingston 4-0 in the lone remaining clash last month.

Both Hearts and Hibernian have been playing attacking-minded football in the recent games and we can’t expect anything else but an open affair packed with goals on Monday afternoon.

The hosts will enter the tie in higher spirits which is why we will back Hearts to win & Both Teams To Score at the 4.33 odds. You can also take the 2.37 odds offered for Lawrence Shankland to score anytime for the hosts.