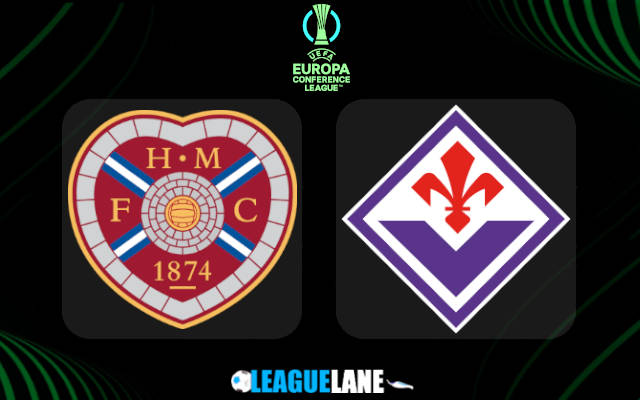 Serie A giants Fiorentina are having a very disappointing campaign this season in the UEFA Conference League. They will travel to Tynecastle Park in search of their first victory in Group A this Thursday.

The host started the Group Stage campaign by losing 4-0 to Istanbul Basaksehir. However, manager Robbie Neilson made amends by winning their most recent game against RFS by 2-0.

In that game, Lawrence Shankland and Alan Forrest were the two goal scorers. The most interesting point in that game is that Robbie Neilson’s team managed to register nine shots on target. This important victory helped the team reach the second position on the Group A table.

Meanwhile, the visitors are at the bottom of the table this season. They had to settle for draw against RFS in the opening game by a 1-1 scoreline. On Matchday Two, they faced Istanbul Basaksehir, the game ended in a 3-0 defeat for Vincenzo Italiano’s team.

In that game, with fifteen minutes remaining for full time Jonathan Ikone received a red card. Therefore, he will miss this fixture at Tynecastle Park this Thursday.

In terms of experience the visitors have the advantage as they played in the Europa League in the 2016/17 season.

The home team have won three points out of a possible six in Group A. However, they do have a negative goal difference this early of in the Group Stage.

It is interesting to know that Fiorentina are yet to win a single game in Group A despite being a top team in Serie A.

Therefore, spectators can expect Hearts to dominate this game.

Our prediction is that Hearts will win this game – at 5.00 odd. This is after considering that the host won their most recent Group A fixture. At the same time Fiorentina are at the bottom of the table.

Furthermore, the second tip for this game is that Hearts will score Over 1.5 goals – at 3.75 odd. In their last Conference League match against RFS, the host scored and won that game by a two-goal margin.