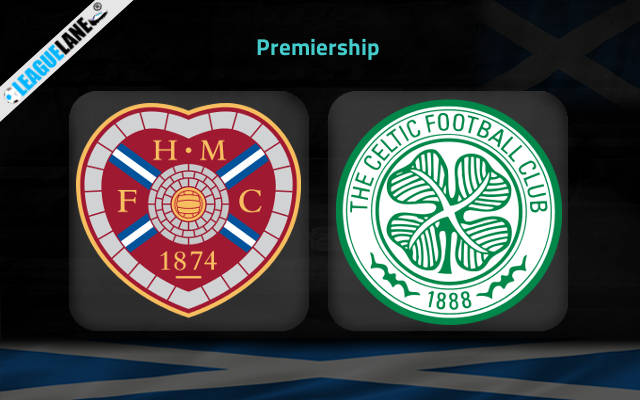 The Premiership tie at Tynecastle Park on Saturday sees hosts Hearts prepare for the visit of opponents, Celtic.

Celtic has been one of the top performing teams in the Scottish top flight for the past several years. After delivering their 52nd Premiership title in the past season it seems that they are still not satisfied.

They are on a great winning streak. As of now they have scored almost six times to the goals they had allowed in the competition. In fact, they have a 35-6 combined scorecard from their first 10 league games in this season.

There is no doubt that Celtic will be pretty big favorites for the win here. Barring a bit of weak defense in the last four games, the offensive side has not had any problems.

After getting off with a good start, Hearts and their supporters might had high hopes, but they couldn’t maintain it from then. They are having a worrying form of late too.

Likewise, having a defensive line that insists on conceding as many goals as their offensive side scored is affecting the spirits of Hearts strongly. In the last five games, Hearts attacking line scored 3 goals while their defense conceded 16.

We can see Celtic failing to emerge victorious in the past few away games, But most of those fixtures were UCL outings. Going on, they will head into this fixture following a 1-2 win against St. Johnstone.

Considering these observations, expect a victory for Celtic on Saturday at Tynecastle Park.