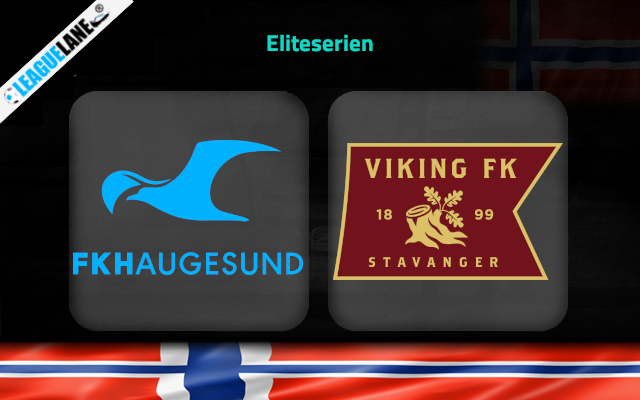 Haugesund had a disappointing start to this season. They have shown some improvements in between but returned to their displeasing form by recording winless outcomes consistently. With such a run, they are positioned inside the danger zone at present.

Haugesund recorded a 1-1 draw against Tromso on road in their most recent league fixture. With that draw, they are now following a streak of four winless games in the league. Such a run wont allow them to have highest of spirits to enter the next league outing.

Meanwhile, Viking had a decent start to this season. The rare occasions in which they tasted a defeat doesn’t affect their spirits as they have recorded unbeaten outcomes in every other fixtures to maintain their decent form. They occupies the third spot of the table after the completion of 12 league games.

Viking recorded a 1-2 defeat at home against Sandefjord in their most recent league fixture. They were on the back of a seven game unbeaten streak before adding the above defeat with another on to make it as a set of negative outcomes. Hence, they will be hoping to return back to their unbeaten run.

Haugesund have a disappointing form at home this season. They lost three of their 5 league fixtures at home so far this season. Their defensive line-up have leaked goals in a worrying fashion too.

On the other side, Viking is having an average form on road. They are unbeaten in two of the past three on road league outings. Their offensive line-up have scored two or more goals in two of those 3 away fixtures.

Analyzing all the above stats, we are of the view that Viking will end up sealing a three pointer against the hosting Haugesund on Saturday.