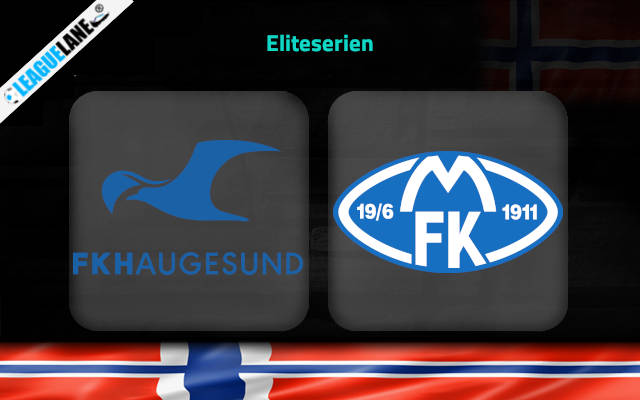 Molde FK is in the zone for Europa Conference League qualification while the hosts are in the middle of the table. Both the teams drew the last game while the visitors are set to land at Haugesund Stadion with 4 unbeaten games in hand. On the contrary, the hosts have not seen a win in the past 7 games and a win is surely needed to gain momentum.

The home team is at the 10th spot on the table with 35 points from the 29 matches played. They won only on 9 games while drawing on 8. They have lost a dozen number of games with almost the same goals to conceding ratio at 45:43.

In their last 6 games, Jostein Grindhaug’s men have hit the back of the net a total of 5 times giving them an average number of goals scored per match of 0.83. Coming into this fixture, Haugesund has picked up only 3 points from the last 5 games, both at home and on road.

The visitors is at the 2nd spot on the table with 57 points sitting just below the current champions. They have 57 points from 29 games with 17 wins and sharing 6 each to the number of draws and losses. They have the highest scoring numbers on the league with 68 in total while conceding only 39.

Momentum is really building up for Molde as they have now gone 4 games without losing with the previous game against Lillestrom ended in a 3-3 draw. It was a run from a hat-trick win series. They have been scored against in 5 of their last 6 matches, seeing opposing sides hit 13 goals in total

The home side has not won against Molde FK in their previous 11 matches in the league and are without a win at home for the past 3 league games. Therefore, we anticipate an away win this Sunday although scoring from both sides can be seen.