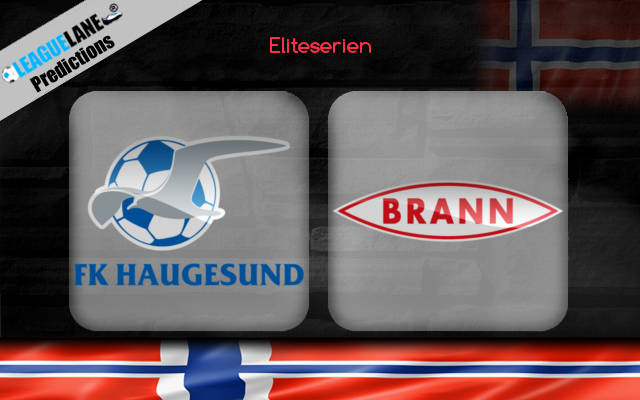 Brann are easily the worst team in the competition this season, and are placed dead last in the table. Haugesund have a better h2h record in recent years, as well as have been unbeaten at home in 2021. They are the favorites to post the win this Wednesday.

As of now Brann have conceded the most number of goals this campaign, and have been on a poor stretch of performances for the past several months.

Meanwhile, Haugesund have three games in hand, and still have double the number of points as that of their counterparts for the day.

Do also note that they have a superior h2h record over the past two decades – particularly so at this stadium.

By the looks of things, expect a Haugesund victory this Wednesday at their home.

Haugesund were unbeaten in seven of their last ten overall matches, and they had scored three or more goals in two of the past three fixtures. Note that they are also on an unbeaten run at home since December of 2020.

On the other hand, their counterparts had lost seven of their past ten overall games, and they had conceded three or more goals in eight of their past fourteen fixtures.

Do also note that they are on a winless run on the road since August of 2020, barring a single victory in November.

Considering these observations, expect a win for Haugesund this Wednesday. Do also anticipate goals in plenty against the weakest defense in the league.