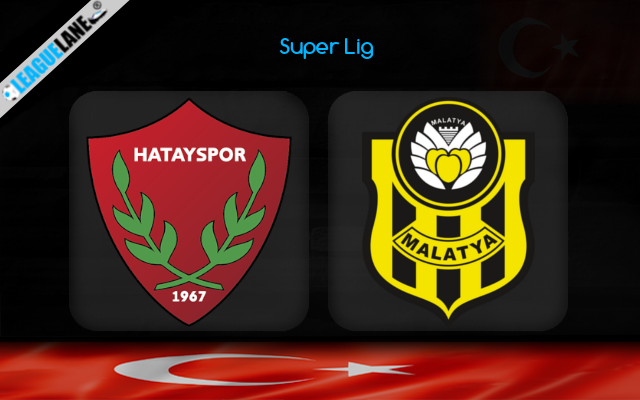 Hatayspor failed to find a spot in the first four after losing consistency in the recent fixtures. They follows a seesaw of form in the league of late and will be hoping to gain back their lost momentum by sealing a win in their next league fixture scheduled at home.

They sits 8th on the table with 39 points. They have conceded a defeat in their most recent league fixture against Fenerbahce away from home. They leaked two unanswered goals in that match. They have been leaking goals in many of their previous league fixtures.

Meanwhile, Yeni Malatyaspor remains at the rock bottom of the Super Lig table. They have seldom won at all during this league season. They are undoubtedly the weakest side and owns a dreadful attacking side.

They are winless since October 2021. Their most recent league fixture ended up in a disappointing goalless draw. The match was against Gaziantep away from home. Following such a long streak of winless games, they will be having lowest of spirits to enter their coming league fixtures.

By the looks of things, expect a win for the hosting Hatayspor against this Yeni Malatyaspor in the 27th Round of Super Lig match at Antakya Ataturk Stadyumu on Sunday.

Hatayspor are unbeaten in each of their past three league games at home. Even though their recent home records fall short of expectation, it will count much against this Yeni Malatyaspor outfit.

Hatayspor possess an average defense and we can expect them to score a clean sheet as the visiting side possess the weakest attacking side of this season so far.

Therefore, we are expecting a win for the hosts at the end of this one. We are also backing the Under 2.5 goals option .