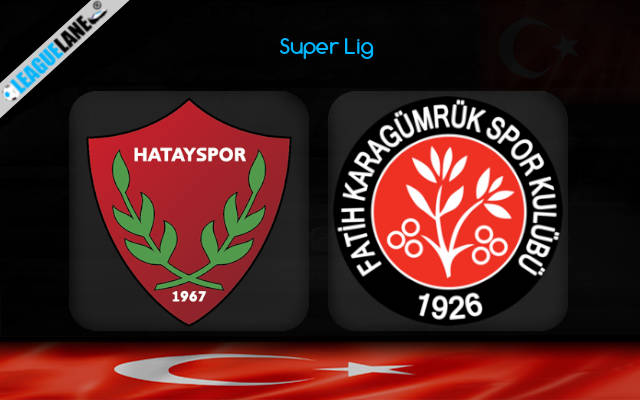 Hatayspor have been doing enough to stay in the top half of the league table. However, with just a few points separating them from one of the UEFA competition spots, they could certainly do with a revived run of games.

In their most recent fixture, they were able to hold Gaziantep to a 2-2 draw away from home. The result was preceded by a couple of wins and losses.

Thus with seven points from their last five league matches, the club is now 8th in the league, four points behind the 4th place team in the league.

Fatih Karagümrük have been among the best teams in the Turkish top flight since February. The team defied odds and finished 8th last season following promotion at the start of that season. This time around, the team has a realistic chance of making it into European competitions if they are able to carry on with the momentum.

They were last seen in a 0-0 draw in a home fixture against Altay. Three wins and a loss preceded that result.

Thus with ten points from their last five league matches, the club is now 9th in the league table, three points behind their opponents for this weekend.

The hosts have dropped points just once at home this year, winning all but that match. I have picked them to win this contest, considering they go up against a club that has just picked four points in their last five league matches on the road.

Ayoub El Kaabi is currently the league’s joint top goal scorer with thirteen goals this season. The Moroccan who has scored four goals in his last two games is my pick to score anytime this Saturday.