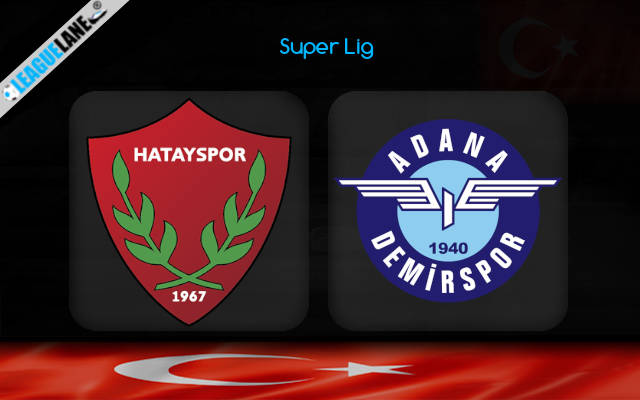 Hatayspor have been the better team in terms of form in the past few match-days. They are currently placed seventh in the table, and are going after a top-four finish.

As things stand, they need a surplus of two points from the remaining eight league games, and it seems totally doable.

Moreover, they are pitted against a direct competitor, who’s struggling for form.

Demirspor are placed higher, at the fifth position. But it needs to be mentioned that they are going through a poor stretch of performances, and they have also been conceding in plenty lately.

By the looks of things, expect the in-form Hatayspor to have the upper hand this Monday.

Hatayspor are on a four-game unbeaten run, and they had scored two or more goals in three of these fixtures. They are also on a three-game winning streak at home, and had won five of their former seven appearances here as well.

Considering these observations, expect a win for Hatayspor this Monday.

But since this is an encounter between direct rivals for a European spot, expect a fierce clash, and goals from either side of the pitch as well.

Tips for Hatayspor vs Adana Demirspor