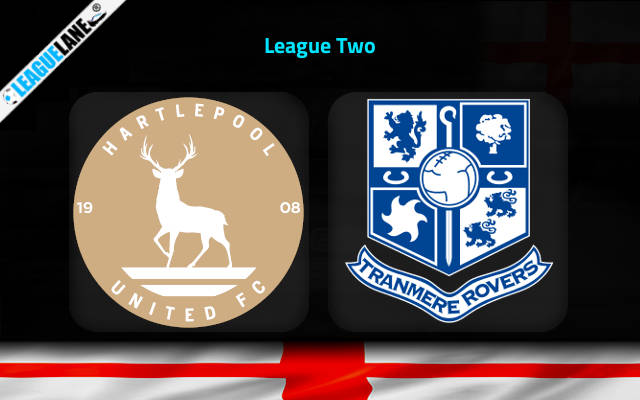 Tranmere is in the zone for getting a promotion to League One after 5 consecutive wins in the league. Hartlepool lost the previous league fixture and sits at the second half of the table. With 11 points in the difference, the hosts look forward to extend their winning ways in the upcoming fixture at Victoria Park this midweek.

Tranmere Rovers is at the 3rd spot on the standing with 38 points from 22 games. They won 11 times in the league while drawing on 5 and losing on 6 other occasions. They have scored 20 in total while conceding a sum of 14 which shows some improvement is needed in the finishing third.

The visitors have seen the number of goals they’ve conceded standing at 3 while their forwards have managed to score 8 from the previous 6 fixtures in total. They are 6 games unbeaten with 5 consecutive league wins with the latest being to Barrow by 2-0.

Hartlepool United reside at the 15th position on the table with 27 points. Of the 22 matches played, they won on 8 games while drawing thrice and losing on 11 other occasions. Their total goals to conceding ratio stands at 24:34 so far in the league.

Graeme Lee’s men have hit the back of the net a sum total of 8 times over their past 6outings whereas the number of goals that have been scored against them in that same time leads to 9. They suffered a 3-2 defeat to Mansfield in the latest League Two fixture.

The hosts are undefeated in their previous 2 league matches at home while Tranmere Rovers have not lost to Hartlepool when they’ve played them away from home in the last 5 league matches. In addition to that, the visitors are unbeaten in their last 3 away fixtures. Considering all these factors, we are bound to anticipate a win for Tranmere happening this Wednesday.