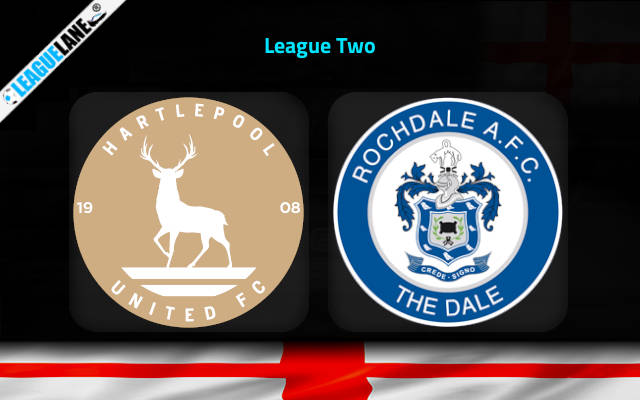 Hartlepool United and Rochdale face each other at Victoria Park on Wednesday.

Hartlepool United is playing well at the moment after a poor performance and has won their last 2 matches. Their match was in FA Cup against Lincoln City, which the team won with 0-1 FT score.

Rochdale was on a no-loss streak until their last match against Plymouth Argyle in FA cup. The team lost with 1-2 FT score after Luke Jephcott scored an 86′-minute decider.

The upcoming match is crucial for both the teams because it can decide whether one of the team may gain the upper hand against the opposition or the teams continue with same point difference.

They may have more wins than Rochdale, but are still 1point behind the opposition. They have 7 wins, 2 draws and 10 losses so far. The host has performed well in their home matches except in the last two and they have scored in every one of their League Two away games this season.

Both teams are looking to win the upcoming match. Hartlepool will look to get more wins after their wins in last matches and Rochdale will hope to win to keep their position in the table.