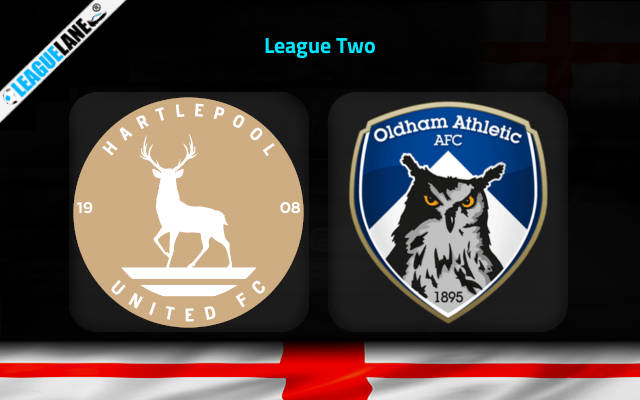 Hartlepool, despite enjoying significant success in cup competitions over the last few weeks, has not ended up on the winning side of things in league competitions.

Oldham meanwhile has managed to get hold of a few points through draws recently. However, they need to do that on a consistent basis if they are to survive relegation.

Pools in their most recent fixture were not able to hold on to a two goal lead as they lost 3-2 to Mansfield away from home.

With a draw and a win preceding that result, the club has managed four points from their previous five matches. Consequently, the club now occupies 15th position in the table, eight points clear of relegation.

Latics were last seen holding Barrow to a goalless draw on the road. This marked the 6th match in which the club has gone winless.

The hosts have lost just twice in their previous thirteen fixtures at home. I don’t see them facing much trouble in taking all three points from a side that is winless in six matches and one that has lost four of their previous six away fixtures.

The visitors are averaging less than a goal in away fixtures this season. Furthermore, with Hartlepool managing clean sheets in three of their previous five fixtures, I have backed the visitors to not score in the fixture.