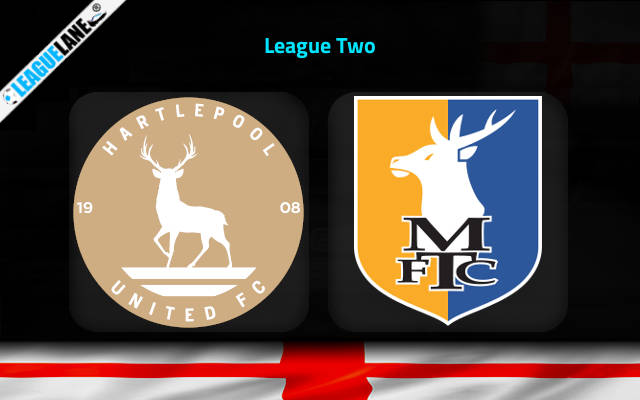 Mansfield Town travels to Hartlepool to face the hosts, Hartlepool United, for their match on Tuesday.

Hartlepool is back at their inconsistent form after some good performance in their matches from February. From their matches this season, the team has got 14 wins and losses and has drawn in 9 matches. They currently stand 12th on the league table with 51 points to their name.

Mansfield Town moves up the table after some good performance in their recent matches. From the last ten matches, the team has five wins, three draws and two losses. The team had a rough start to their season but has shown better form in their matches since November. The team now sits 10th on the league table with 59 points.

Mansfield Town played their last match against Rochdale. In the match, Mansfield scored the only goal in the match, recording a 1-0 win for them.

Hartlepool has played moderately well in their matches this season. Even through their inconsistency, the team has earned twelve wins from their matches. However, their inconsistency puts them at a disadvantage when they face against strong opponents. Mansfield’s recent performances have produced some good results. Their loss in against Tranmere Rovers came after 14 unbeaten matches.

I believe the match will end in a win for Mansfield Town because they are the better performers of the two. Both teams have scored in most of their recent matches. So the match will most likely end with over 2.5 goals, with both teams contributing to the scoreboard.