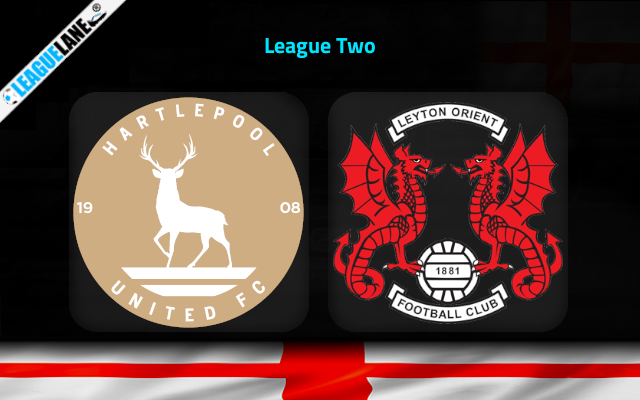 Hartlepool have managed to record enough of positive displays of late. They have collected 10 points from the past five league fixtures to add up to a total of 47 points. They are currently positioned at 12th on the table with the hope of finding a safe spot at the top.

Hartlepool have won their most recent league fixture against Harrogate away from home. The match ended in a 1-2 score. With that win, they have managed to record 9 unbeaten games in the past 10 league fixtures.

Meanwhile, Leyton Orient are not pulling up any trees of late in the league. They have a total of 35 points to occupy 20th spot of the table. They are four points clear from the danger zone. Their defensive lineup is impressive considering their position on the table.

Leyton Orient are winless since many games. Their last win was against Swindon at home on December last year. Following such a disappointing set of negative display, they will be having lowest of spirits to enter their coming league fixture.

By the looks of things, we expect a pleasant Saturday for the local supporters of Hartlepool at Victoria Park when they meet Leyton orient in this round of League Two fixtures.

Hartlepool are unbeaten at home since November 2021. With such a strong spell of form at home, we can expect them to seal three points from this fixture.

Knowing that the visitors have failed to record a win in the league fixtures on road since September 2021, we have more than enough reasons to back the hosts.