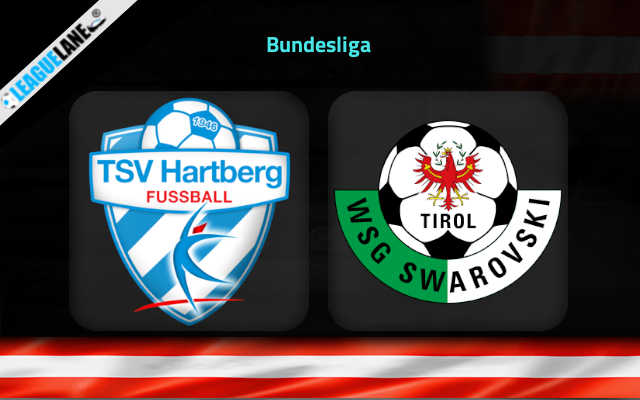 Game week 22 of Austrian Bundesliga brings us the match between Hartberg and Tirol on Sunday at Hartberg.

Hartberg played their last match against Ried, in which Ried scored two goals in the match while Hartberg could score only one, ending the game in a win for Ried with 2-1 FT score.

Rapid Vienna didn’t give Tirol a chance to score a goal in the last match. They defended their nets well and scored two goals in the match. The match ended in a loss for Tirol with 0-2 FT score.

Hartberg’s recent matches have not brought the results the team had hoped for. They are on a cold streak for the last five matches. They currently stand 9th on the league table with 22 points from their matches. With their current standing, the team has no chance to move to the upper half of the league table. They will have to make their stand in the relegation play-offs to avoid getting relegated.

Both Hartberg and Tirol are in the same position with their performance in the recent matches. They have not won in any of their last five matches. They are two points away from each other as well. Hartberg’s home matches may not have produced the best of their result, similar to Tirol, who have not not been on their best performance in away matches.

However, Hartberg has the advantage of playing in their home ground where they are unbeaten in their last three matches. Looking at the records, the match will most likely end in a win for Hartberg or in a draw. Hartberg has also netted in the second half in all the recent matches they have scored and can be expected to do in this match as well.