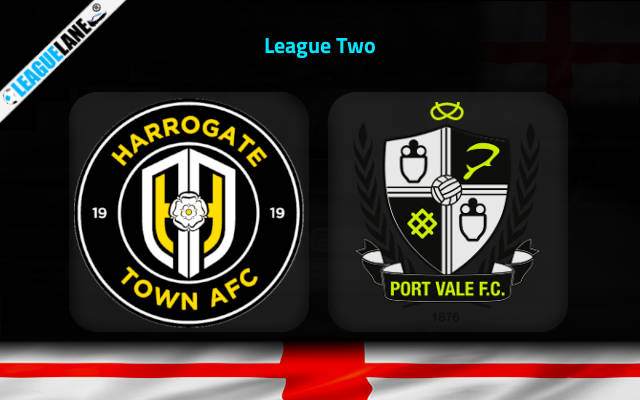 Port Vale have been a bit inconsistent lately, but they have managed to stay in the run for a top-tier finish. As of now, they are placed fifth in the table, and since the fourth-placed Sutton have a tough game coming up, they have an opportunity to climb up the table.

Meanwhile, Harrogate have been on a dismal streak, and are conceding goals in alarming numbers. They also have a poor h2h record against this foe over the years.

By the looks of things, expect a win for Port Vale this weekend at the EnviroVent Stadium.

Harrogate are on a long losing streak in the league, and they have had issues with their defense right from the start of the season. In fact, they have a single clean sheet in league games at this venue since March.

On the other hand, Port Vale had won three of their past five fixtures, and they had remained unbeaten in 16 of their last 20 matches. In the process, they had gone on separate four-fixture, and five-game winning streaks.

Finally, they also have a great h2h record against this rival over the past seasons.

As such, expect a win for Port Vale this weekend against Harrogate.

Tips for Harrogate vs Port Vale