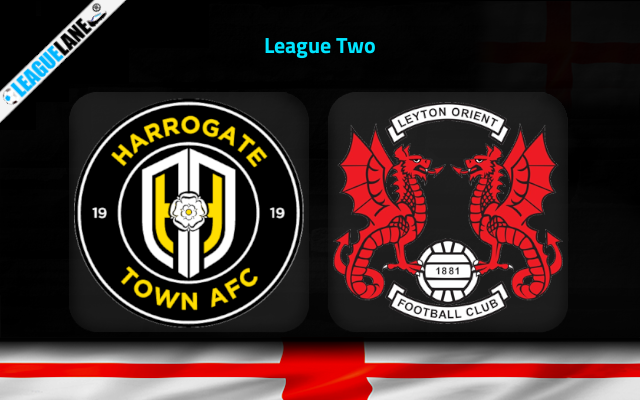 Neither Harrogate nor Leyton Orient are enjoying a decent consistent form in the league since the beginning. Both these League Two outfits will meet at EnviroVent Stadium on Tuesday.

Harrogate possess one of the worst defensive side this season. Leaking goals at a good rate rejected their hopes of recording a positive display in many occasions. As a result they occupies 16th spot on the table with a total of 44 points.

Harrogate recorded a 1-1 draw at home against Walsall in their most recent league fixtures. With that draw, they are now following a winless streak for six consecutive league fixtures.

Meanwhile, Leyton Orient have an average defensive and offensive lineup. They have a total of 40 points to occupy the 18th position of the table. However, their recent form in the league is so satisfying considering their position.

Leyton Orient have recorded a 3-1 win at home against Rochdale in their most recent league fixture. With that win, they have ended their winless streak for 15 subsequent league games. They will be hoping to make that win count.

By the looks of things, we expect a highly competitive affair between these two bottom half occupiers. Considering the weak defenses of both, expect goals in plenty.

Harrogate have a fluctuating form at home of late. They doesn’t possess any stats in recent which assures their chances of recording a positive display in this fixture.

Leyton Orient, on the other side, are on the back of three consecutive league draws on road. We saw them scoring goals portraying enough of potential to score against this Harrogate outfit.

Knowing that, Harrogate have recorded a draw in two of the past three league fixtures, we expect them to share a spoil with the visiting Leyton Orient side at the end of this one.