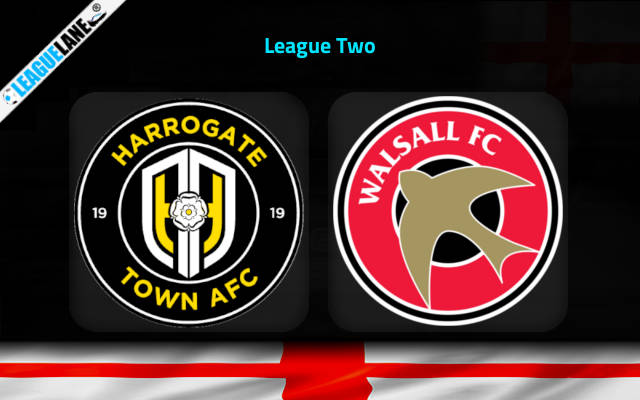 In game week 38 of League Two, Harrogate Town faces Walsall for their next match on Saturday at Harrogate.

Harrogate Town has played poorly in their matches this season, having secured their wins only occasionally. They had played well and had unbeaten streaks till November, then their form dropped and the team has not got a good streak since then.

Walsall has shown improvement in their form in the recent matches. The team had amassed continuous losses in their matches since January. However, they have got back in-form and have not lost in the last five matches.

Walsall played their last match against Oldham Athletic, in which Oldham could score only one goal while Walsall scored two, ending the match in a win for Walsall. The team has moved up the table to the 14th position and has got 46 points from their matches.

Walsall has played well in their recent matches, earning an unbeaten streak in the matches while Harrogate Town is in trouble with their form and has lost in the last three consecutive matches.

Harrogate’s form has dropped, leading to multiple losses for the team even in their home matches. They have found wins in only two of the last ten home matches. Walsall away matches have not produced the results the team had hoped for. They are winless in the last three road trips as well.

With their current form, Harrogate Town will have a tough time when they face Walsall, because the visitors are the better team of the two. However, Walsall has not kept a clean sheet in most of their recent match. So we can expect both the teams to score in this match as well.