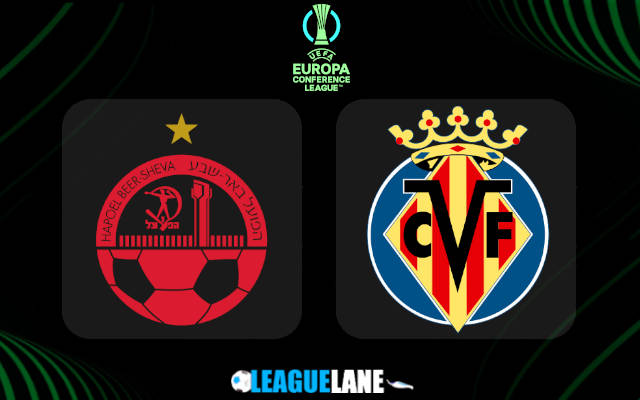 Villarreal are possibly one of the favorites to secure the Conference League this season. They registered a win in their opener, and are currently at the top of the table in the group. They are expected to deliver a winning performance against minnows Hapoel Be’er Sheva this Thursday.

Be’er Sheva are part of the rather inferior Israeli top flight, and currently they are struggling to maintain even a mid-table position there.

They are letting in goals in huge numbers, and even so in front of their home crowd. Moreover, they are also on a two-game losing streak at their home.

Meanwhile, Villarreal had won the Europa League the season before, defeating Manchester United in the final. And they even managed to make it till the semi final in the previous edition of the Champions League.

It goes without saying that winning the Conference League this season could even feel an underachievement for them. Such is their stature amongst the teams that play this competition.

On top of that, they are also in good form, and are finding the back of the net in plenty. Even away from home, they have managed to showcase their dominance in abundance.

By the looks of things, expect a victory for Villarreal this Thursday at the Toto Turner Stadium.

Be’er Sheva were winless in five of their past seven overall fixtures, and they even went on a two-game losing streak in the process. Note that they also let in two or more goals in two of their past four fixtures.

Moreover, they are also on a two-game losing streak at home.

On the other hand, Villarreal were unbeaten in 14 of their past 15 overall matches, and in the process they registered 12 impressive wins.

They were also unbeaten in 13 of their past 14 road trips, and in the process they registered two separate four-fixture winning streaks.

Considering these observations, expect a compelling win for Villarreal this Thursday.