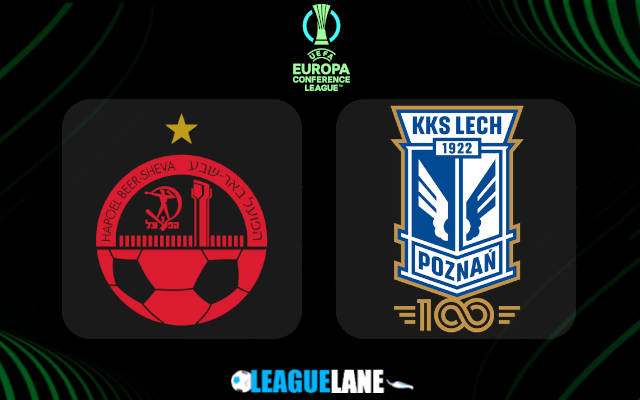 Group C is currently being dominated by Villareal. The fight for the second spot is growing quick as Hapoel Beer Sheva and Lech Poznan will play against each other on Matchday 4 of the Conference League.

For a team that is making its debut Conference League qualification, the host have made satisfactory progress so far. They began their campaign by holding Austria Wien on a goalless draw.

In the first leg held at Stadion Miejski Poznan, both teams played a goal less draw. The team managed by Elyaniv Barda played very defensively and they managed to thwart all five shots on goal.

Despite the game ending without any goals, manager Elyaniv Barda is confident as he will have the support of the home crowd in the second leg of this fixture.

Lech started their campaign by losing to table toppers Villareal, however it was a tightly contested game as the scoreline was 4-3.

It needs to be noted that the host are yet to celebrate a victory in the group-stage matches so far.

Hapoel’s strength lies in its defence. They have conceded the least number of goals in Group C. They possess all the quality to finish second in the group. However, this game will act as the litmus test. Moreover, only two points separate both these teams in Group C.

It is also important to mention that the visitors will only risk losing their second position since Villareal’s top spot is out of reach for them currently.

Our prediction is that Lech Poznan will score maximum goals in the second half – the odd for this tip will be at 2.62. In Group C they have scored a total of seven goals since Matchday one, out of which four goals were scored in the second half.

Our next tip for this game is that Hapoel Beer Sheva will score Over 1.5 goals – the odd for this tip will be at 2.10. Last time at home they managed to score a goal against Villareal. With the support of the home crowd, we can expect the host to score against Lech Poznan.

Do note that most recently they scored two goals at home in their domestic league.

Lech Poznan will score maximum goals in the second half @ 2.62