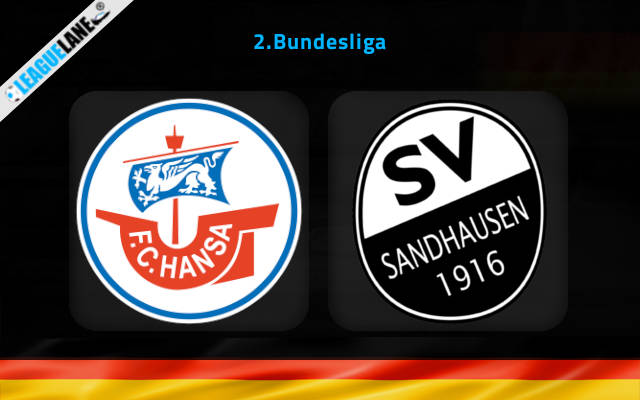 The last time Sandhausen celebrated a league victory was nearly a month ago. Now they are just one place above the bottom-most side Arminia. They will travel to Ostseestadion to play against rivals Hansa Rostock for an important fixture.

The host finally ended their five-game winless streak when they defeated Jahn Regensburg by 3-0 most recently. It was Kai Pröger who scored a brace for Jens Härtel’s side in that game. This win helped the team jump to the twelfth position on the table.

Now they have a good chance to extend this winning momentum as the visiting team are struggling to win.

In their last league outing, the visitors had to settle for a 2-2 draw against Eintracht Braunschweig. It was David Kinsombi who scored the equaliser in the 80th minute of the game.

They only got one point from that game, yet this was important for them as they had lost their previous two games back-to-back.

The first on the agenda for Jens Härtel is to secure a win at any cost. As the team have only won one game in the month of October. This game is their best chance to claim three points.

Alois Schwartz will be worried about his team’s away form this season, as the last time they won an away fixture was back in July this year.

Another interesting fact if that both teams have lost 50% of their matches till now.

You can back the following as our first tip is that Hansa Rostock will win this game by 1-0 – at 7.50 odd. This is after considering that the host are unbeaten in their last three meetings in all competitions. Also, the visitors have an abysmal form away from home this season.