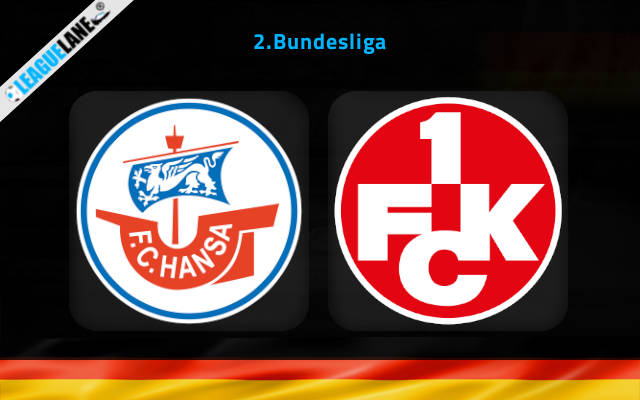 Kaiserslautern supporters are now disappointed as their team lost to Regensburg thus ending their six-game unbeaten run. The team led by Dirk Schuster will now travel to Ostseestadion to play against Hansa Rostock.

It has been over a month since the last time the host won a Bundesliga 2 fixture. In their last league outing they had to settle for a 2-2 draw against Furth. John Verhoek was sent off in the 62nd minute of the game yet even after playing with ten men, they managed to snatch one point.

This result took the team to the thirteenth position on the table. They are also seeing stagnation in their form as they are winless in their last three matches. However, they have an opportunity to return to winning ways in this upcoming fixture.

On the other hand, Kaiserslautern lost to Regensburg by 3-0. Despite finding four shots on target, they could not convert any of it into a goal. This is their second defeat of the season.

The away form is looking very strong for the visitors as the last time they lost an away fixture was in May this year. However, over 58% of the matches have ended in a stalemate for Dirk Schuster’s team this season.

For the first tip we are backing Hansa Rostock to win by 2-1- the odd for this tip will be at 11.00. At Ostseestadion, the host have won against Kaiserslautern in two of the last three matches by scoring at least two goals.

Our next tip for this game is that Both teams to score – the odd for this tip will be at 1.66. Since 2020, both teams have played three times, and they managed to score a combined total of five goals. Also, the visitors have scored at least one goal in their last three away fixtures.