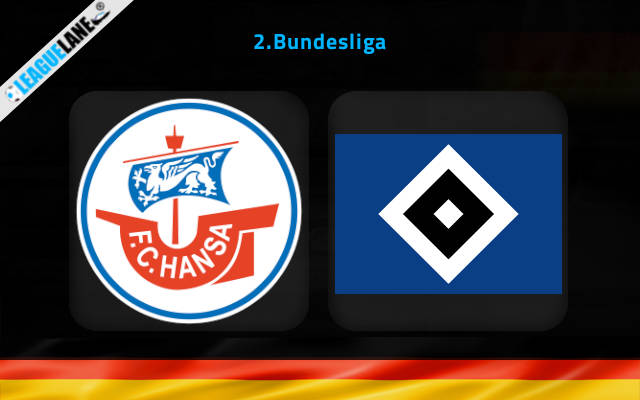 Hansa Rostock’s recent matches show the team in a hiccup with their performances. They have showed an inconsistency with their form throughout the season, resulting with them staying in the bottom half of the league table. The team has not secured a win in the last five matches as well. Currently, they stand twelfth on the league table, with 41 points to their name.

Rostock played their last match against Ingolstadt. Both teams failed to score in the match, ending the match in a goalless draw.

Hamburg has played well in their matches throughout the season, making them one of the top contenders of 2. Bundesliga this season. From the last ten matches, the team has got five wins, one draw and four losses. The team currently stands third on the league table with 57 points from their matches. At the moment, they have won consecutively in the last four matches as well.

Hamburg played their last match against Hannover 96. Hamburg opened the scoring in the first half of the match itself and remained in the lead for the rest of the evening. The match ended in a win for Hamburg with 2-1 FT score.

Hansa Rostock has played poorly in their most recent matches, failing to secure a win in the last five matches while Hamburg has been on top form securing a win streak in the last four matches.

Hamburg is the favorites in the upcoming match and is most likely to secure the win in the match as well. Hamburg has scored over 1.5 goals in the last four matches, while Rostock has failed to score in the last two matches. With the current form Hamburg keeps, we can expect the match to end with a clean sheet for Hamburg.