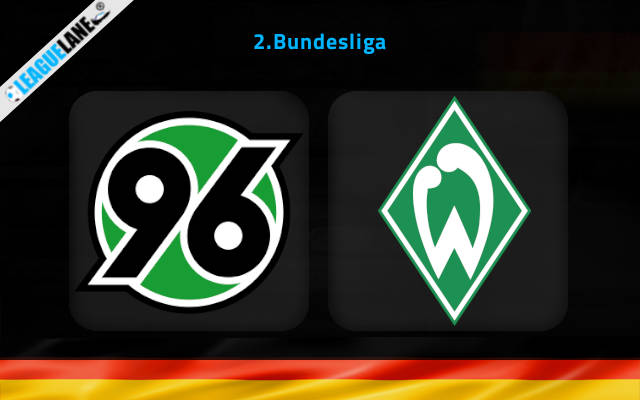 Both Hannover 96 and Werder Bremen will go into this on a high following the respective successive wins under new managers. We could be in for a thrilling afternoon of football at HDI-Arena. As far as betting goes, the value is with the draw at the odds of 3.60.

Werder Bremen can rely on tradition as they have won four and drawn one of the last five encounters against Hannover 96.

The two outfits shared spoils in a 1-1 draw when they met each other in this term of 2. Bundesliga at Weserstadion.

Hannover 96 host Werder Bremen in one of the most exciting clashes of the Matchday No 18 in 2. Bundesliga on Sunday afternoon at HDI-Arena.

Both teams have gone through turbulent periods followed by managerial changes of late. However, both outfits have well benefited from these.

The German managed took charge of the team at the start of December and has managed to take Hannover to back-to-back wins over Hamburger SV and Ingolstadt.

On the other side, Werder Bremen have also managed two straight league wins since Ole Werner took over interim manager Danijel Zenkovic.

Bremen looked deadly in the final third under Werner, bagging seven goals in the back-to-back victories over Erzgebirge Aue and Jahn Regensburg in the last two rounds.

These two teams are currently separated by six points in the middle of the 2. Bundesliga standings, meaning this match carries a big importance.

Tips for Hannover vs Werder Bremen