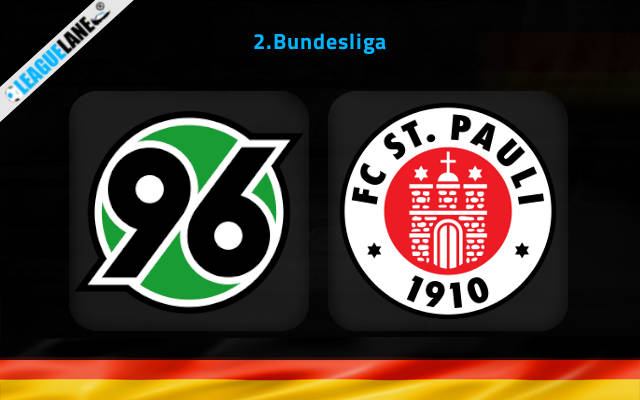 Matchday two of German second division football takes place this weekend in one of the most exciting clashes of the round. Hannover will be seen hosting St. Pauli at the HDI-Arena this Saturday.

It was an overwhelming distress at the end of last season as St. Pauli narrowly missed out on a top three finish by a mere three points. The side were unbeaten in 25 games out of the 34 league schedules and has one of the best attacking side last season. They now come here hoping to do what they were unable to do last time.

St. Pauli head into the encounter following on from a 3-2 league win over Nuremberg in their last outing. They have attacked well leading up to this encounter, having scored 10 goals in their last 6 matches while their manager Timo Schultz will no doubt take that as a positive sign.

On the other hand, Hannover finished 11th last season registering 11 wins from 34 matches. They had a lot of defensive issues last time and they hope to change that this time around. However, the hosts lost by 1-2 over the newly promoted side Kaiserslautern in the opening schedule.

Over their past 6 games, Stefan Leitl’s men have hit the back of the net 7 times, an average number of goals scored per match equal to 1.17. The side were unbeaten in their 7 pre-season friendly games registering 5 wins and 2 draws.

Hannover have not lost a league tie with St. Pauli in their previous 3 matches. They also have not been beaten in their last 4 home league matches. The hosts were also remarkable in their club friendlies.

Meanwhile, St. Pauli have lost at HT/FT against this rival in all of their last 3 league matches. Moreover, they also haven’t won away from home in the past 4 matches in the league. The side also lost their last 2 away friendly fixtures by 2-0 scoreline.

By the looks of things, expect a victory for Hannover this Saturday.