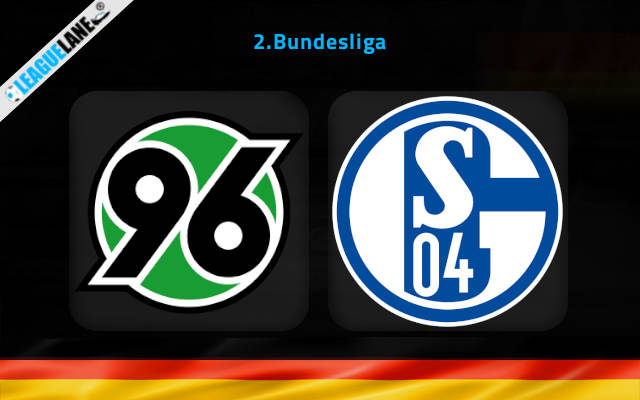 Hannover take on Schalke in Friday’s 2. Bundesliga fixture at the HDI Arena. Read our Preview, Prediction and Betting Tips with Analysis here.

In the last 10 encounters between both these sides in all competitions:

The hosts currently sit in 13th position in the league table with 11 points on board after 9 league games as they have won twice, lost twice and drawn once in their last 5 league games.

Hannover come into this fixture on the back of a 0-0 draw against Nurnberg in a game which saw Hannover have 54% of ball possession as they had 12 attempts at goal with just 1 of them on target.

On the other side of the field, the visitors, Schalke currently sit in 4th position in the league table with 16 points on board after 9 league games as they have won four times and lost just once in their last 5 league games.

Schalke come into this fixture on the back of a 3-0 win at home over Ingolstadt in a game which saw Marius Bülter, Mehmet-Can Aydın and Simon Terodde get on the score sheet in that game.

Taking the above into consideration, we back the odds at 1.80 for Schalke draw no bet in this fixture. The visitors have made a strong start to their season and they have been impressive so far this season as they continue their hunt to get promoted.

On top of that, Schalke has been in good form in their previous 5 league games which will definitely boost their confidence to get a positive result against Hannover in the AI-Arena.

Consequently, we back the odds at 1.90 for Simon Terodde to get on the score sheet in this fixture. He will be eyeing for a goal to boost his overall goal tally this season and this fixture is a good game for him to prove his worth.

Tips for Hannover vs Schalke