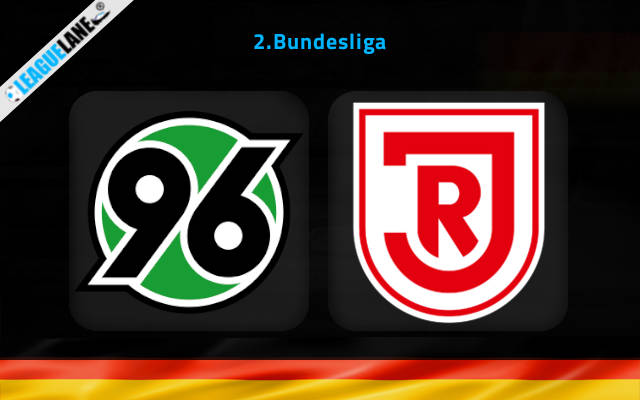 Game week 28 of 2. Bundesliga brings us the match between Hannover 96 and Jahn Regensburg on Saturday at Hannover.

Hannover played their last match against Schalke 04, in which Schalke scored two goals while Hannover could score only one. Hannover’s equaliser couldn’t keep Schalke in line for long. Schalke took the lead with another goal in the 54’ minute.

Regensburg played their las match in the club friendlies against Greuther Furth. Greuther Fruth scored three goals in the match while Regensburg could score none, ending the match in a loss for Regensburg with 0-3 FT score.

Regensburg has shown a bit of trouble with their form in their matches since November. From the last ten matches, the team has got two wins, two draws and six losses. Their seven-game cold streak ended with the team winning in their last league match against Paderborn. The team now stands 10th on the league table with 36 points so far from the matches.

Hannover 96 and Jahn Regensburg are in the similar position when it comes to their performance. Both teams have shown trouble with their form in the recent matches. Regensburg may have ended their cold streak, but records show they haven’t had a win streak since December. Hannover has lost consecutively in the last three matches.

Hannover’s home matches have not produced the results the team had hoped for. They have only one win from their five recent home matches. Similarly, Regensburg has not had a win in their last four road trips.

Looking at the records, Jahn Regensburg has played better than Hannover. So, the match will probably end in a win for Regensburg or in a draw. Both teams have scored in their recent matches and can be expected to score in this match as well.