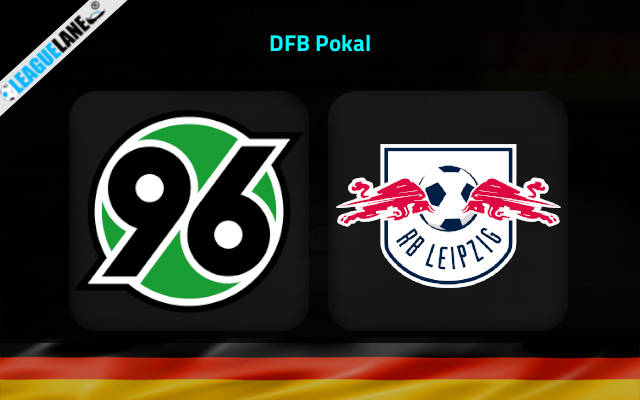 The German domestic league cup DFB Pokal is into its quarter finals. Hannover 96 faces RB Leipzig in the quarterfinals on Wednesday at Hannover.

Hannover 96 has won in their last match against St. Pauli. Hannover scored three goals in the match while St. Pauli finished the match goalless. The match ended with 0-3 FT score.

RB Leipzig played against Real Sociedad in UEFA Europa League. Leipzig scored three goals in the match and suppressed Sociedad into scoring only one goal in the match. The match ended with 1-3 FT score.

The 2. Bundesliga team is not in their best form in this season. However, with their win in the last match, the team has stopped their 3-game cold streak from advancing further. They currently stand 12th on the league table with 28 points from their matches. They have played well in DFB Pokal until now and have not conceded a goal in this season’s DFB matches.

The Bundesliga team, Leipzig, has played well in their recent matches, securing four wins in the last five matches. They are currently in the 4th position on the league table with 37 points from their matches. The team has also not conceded any goals until now in DFB Pokal.

Both Hannover and Leipzig have played well in their DFB Pokal matches and have won in the matches conceding no goals. However, in their recent matches, Hannover can be seen with having a little trouble in finding wins. Leipzig, on the other hand, is on top form and has won in three of the last five matches and has scored over 1.5 goals in the matches as well.

Leipzig has played well in their away matches and has achieved wins in the last two matches with over 1.5 goals and similarly Hannover has also amassed wins in their home ground.

Looking at the recent matches, Leipzig has more chance of winning the match than Leipzig. Both teams have scored in their recent matches. So, we can expect them to score in this match as well.