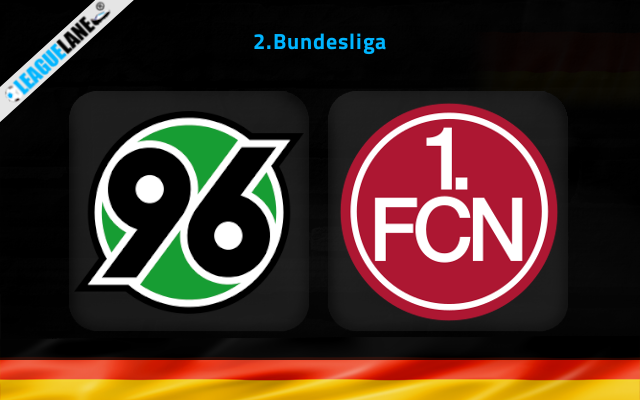 Hannover have been showing the signs of improvement in the league of late. They have climbed up a couple of spots to occupy the 12th position with a total of 31 points. They have an average offensive and a disappointing defensive lineup.

Hannover have recorded a defeat in their most recent league fixture against Sandhausen away from home. The match ended up with 3-1 ft score. Despite of their defensive slump, they were seen scoring in each of their past 5 league fixtures.

Meanwhile, Nurnberg with consistency in recording a positive display in recent, have managed to find a spot near the safe zone. They sits 4th on the table with a total of 42 points. They have a decent attacking side while their defensive side looks not so impressive.

Nurnberg have managed to record a win against Hamburg in their most recent league fixture at home. With that win, they are now following a thread of three straight winning games in the league. They will be having enough of positive spirits to enter their next league outing.

By the looks of things, either of these two outfits will go after the three points. Therefore, we expect a highly competitive affair at HDI-Arena on Sunday when these two outfits meet in a 2.Bundesliga fixture.

Hannover are unbeaten at home since December 2021. They have maanged to score goals in five of the past 6 league fixtures at home. On the other side, Nurnberg are winless in 5 of the past 10 league affairs on road.

Hannover also possess a decent h2h form against Nurnberg. We see them capable enough to deliver a strong display against this Nurnberg outfit. Analyzing the above stats, we are left to back the draw option for this encounter.