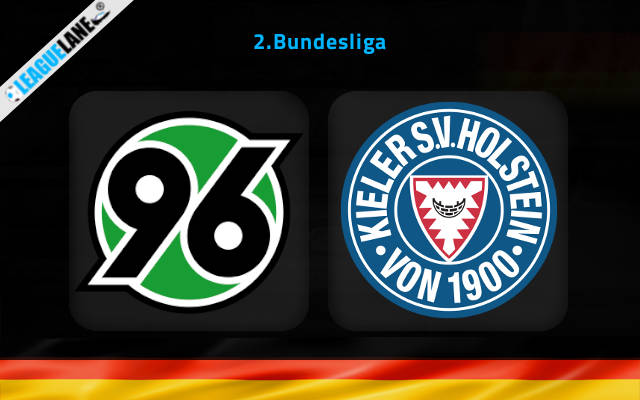 Holstein Kiel just lost their previous game ending their hat-trick run of league wins. They share same points with Regensburg as they lost the last 4 games in a row. Hannover lies just below Kiel who won the last league schedule and are undefeated in back to back matches. With only 3 points separating the two with no space between them, this upcoming fixture at HDI-Arena will certainly widens them as the Storks are planning to take a roadtrip.

The hosts are at the 11th spot on the standing with 31 points from 23 games. They won and lost 8 matches each while drawing on 7 other occasions. They scored 30 goals in total while conceding a sum of 36 which shows some room for improvement in defense is needed.

Kiel suffered a 0-2 defeat in their last game at the hands of Karlsruhe which came after their 3 back to back league wins. Marcel Rapp’s squad have managed to stick the ball in the net 10 times in the course of their previous 6 matches. The number of goals that have been scored against them during that same comes to 6.

On the other side, The Reds reside just below them at the 12th position on the table with 28 points. Of the 23 matches played, they won and drew 7 matches each while losing on 9 other occasions. Their total goals to conceding ratio stands at 21:32 showing their far from perfect defense.

Hannover won the previous league schedule to St. Pauli by 3 goals to nil. Over their last 6 fixtures, Christoph Dabrowski’s squad have scored 10 times which gives them an average number of goals per match of 1.67.

Kiel haven’t been defeated in their previous 3 league matches away from home meanwhile the hosts have not won at home in their last 3 matches in the league. We therefore feel that a draw is likely to happen as both sides are almost equal in terms of performance.