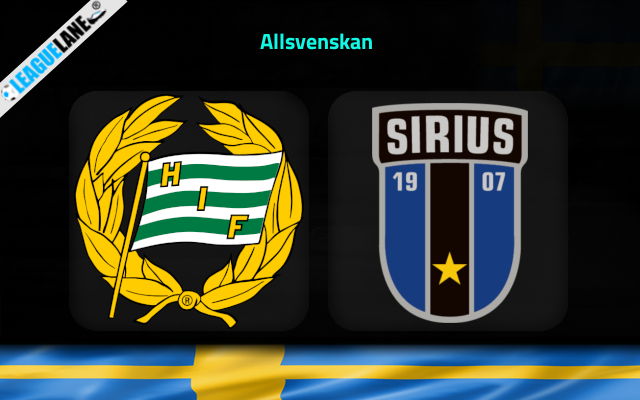 Sirius will be the visitors at Tele2 Arena on Thursday for the Allsvenskan fixture with hosts Hammarby.

Hammarby’s recent form is on par with Hacken in the top spot, although they are 5 points adrift with them currently. They have a good attacking and defensive line which makes the team stronger.

Swedish striker Gustav Ludwigson has been vibrant in goal scoring and creating chances since the beginning of this season. Although his form faded in between, he had shown signs of returning to his best with 2 goals and 2 assists in the last four league games.

The reason why Gustav or other Hammarby attacking is mentioned here because of Sirius’ defensive hole in the last few games. They have conceded goals even against teams that are outside the top 5 in the table.

Therefore, it is possible to expect Sirius defensive line to leak goals when facing Hammarby, who are currently second in the points table.

Going on, Sirius is a team that has struggled for positive consistency since the start of the season. The fact that they have only 8 wins in the 26 league games played this season, is a proof of their struggle.

By the looks of things, anticipate a victory for the home side Hammarby on Thursday.

This match is a great chance for the hosts to maintain their impressive form in the league going.

We like to back Hammarby -1.5 Asian Handicap considering the goal trend of both these outfits at the 1.87 odds while you can also go with their Swedish striker Gustav Ludwigson to Score Anytime at the 2.20 odds.