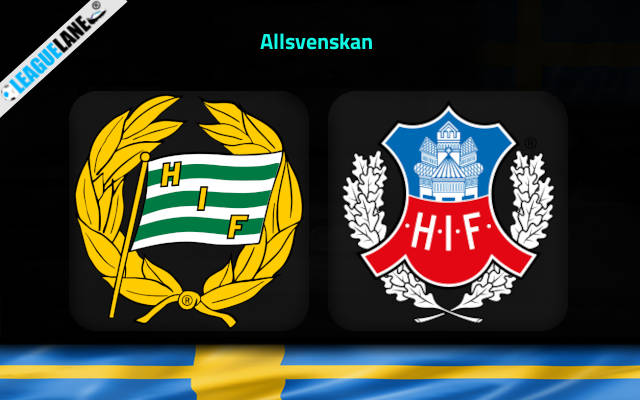 Hammarby ended up the previous Allsvenskan season at the 5th spot in the table. They have been recording strong displays in the league at the end. They had a strong offensive and a decent defensive lineup the past season.

Hammarby recorded a 1-0 win against Elfsborg in their most recent fixture, a Svenska Cup play off match. It was their 5th consecutive win and will be following such a set of records to enter their opening fixture of this fresh Allsvenskan fixture.

Meanwhile, Helsingborg have gained the promotion from the Superettan by finishing up in the 3rd spot at the end of the second division fixtures. They have played Halmstad in the two leg qualification match and won it in the aggregate with a score of 3-2.

Excluding the above qualification fixture, Helsingborg were last seen playing a Superettan fixture against Vasteras SK at home. The match ended up in a 2-2 draw. However, their last 10 second division fixtures saw them recording inconsistent results.

Helsingborg will be entering the first division with positive spirits but it would be a strong task for them as they face Hammarby who possess a decent form of late. Hammarby also have the aid of home advantage. Therefore, we are expecting a pleasant afternoon for the local supporters at Tele2 Arena.

Hammarby are currently on the back of 12 subsequent home victories across all competitions. They were seen scoring two or more goals in 9 of those 12 home affairs.

On the other side, Helsingborg are having inconsistent recordings on road of late. They are winless in 6 of the past 10 on road fixtures. Five of those 6 fixtures saw them leaking two or more goals.

Analyzing the above stats, we expect Hammarby to seal a win against this Helsingborg side who possess a fluctuating form in the past second division fixtures.