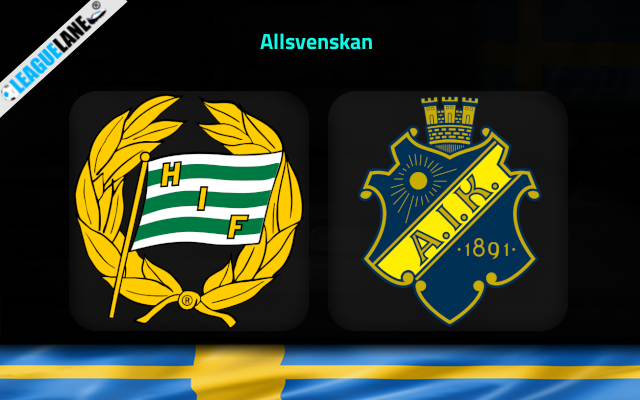 Hammarby had a decent start to this season. They won five, drew one and lost one of their 7 league fixtures so far this campaign. Their recordings allowed them to occupy the second spot of the league table. They will be hoping to secure it and to gain a top spot if possible.

Hammarby recorded a 2-0 defeat on road against Kalmar in their most recent league fixture. They were on the back of six consecutive unbeaten games in the league before recording their first negative display of this season. Their spirits wont be affected by the above defeat .

Meanwhile, AIK Stockholm are at the top of the league table at present. Their recordings this season are mostly positive. They will be having highest of spirits following their recent form in the league. However, their defensive and offensive line-up is not that strong.

AIK recorded a 2-0 win against Malmo FF in their most recent league fixture at home. With that win, they are currently following a streak of five winning games in the league. They will be hoping to extend it to six subsequent winning games.

The home form of Hammarby is so strong of late. They have been recording positive displays in good numbers here. Also, they are unbeaten at home since August 2021 across all competitions.

On the other side, AIK lost two of their 3 on road fixtures this season. They have leaked three or more goals in each of those two losing fixtures and we can expect them to leak at least two when they face an outfit like Hammarby.

By the looks of things, we are expecting a win for Hammarby when they host AIK Stockholm in an Allsvenskan fixture.