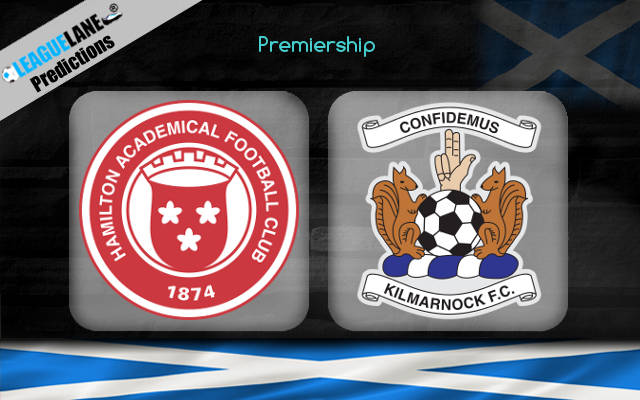 Hamilton Academical lost to the newly-promoted side Ross County in their opening game on the road by a 3-0 scoreline. The squad narrowly made it into the new season alive, as they were just two points shy of being relegated last time out.

Kilmarnock failed to get off to a winning start in their campaign as well as and lost 2-1, to last season’s runners-up Rangers, at the end of the ninety minutes. Prior to their loss, the visitors were also knocked out of the Europa League Qualifiers by Connah’s Q, and are without a win in their last two games.

However, Kilmarnock are still a much more competitive side than their opponents, and will not be fancying the prospect of ending up with back to back defeats.

The hosts picked up just five wins in their previous campaign at home, and are the underdogs by a mile to come out on top in this one.

The team’s opening loss does not instill confidence in their run of form at the moment either. Additionally, home advantage has not been working its charm for the hosts. Their last win against the visitors came nearly a decade ago.

The guests were a force to be reckoned with in their trips on the road last season and tasted defeat on just four occasions. Given that their previous loss came against a top-three team, it looks more than certain that they will be able to secure the first three points of their campaign this weekend.

Three of their last four meetings at this venue have seen under 2.5 goals on the scorecards. Considering that the hosts also failed to find the back of the net in their opening clash, expect a low scoring clash to unfold, with a clean sheet for Kilmarnock.