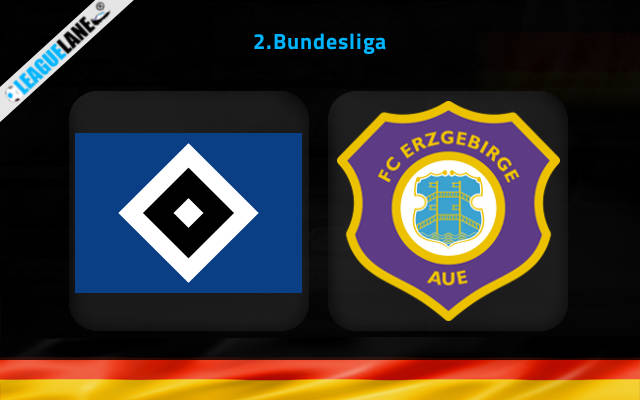 The postponed match of game week 26 of 2. Bundesliga between Hamburg and Erzgebirge Aue takes place on Tuesday at Hamburg.

Hamburger SV has come a long way, when compared to their matches at the start of the season. They have played well in their matches since September, earning their place in the upper half of the league table. However, in the recent matches, the seems to be in a bit of trouble with their form. The team has lost in over four of their matches recently.

Hamburg played their last match against Viborg in club friendlies. Viborg scored five goals in the match while Hamburg could score only four, ending the match in a loss with 5-4 FT score.

Erzgebirge Aue has played poorly in their matches throughout the season. The team has not won in over seven of the matches from the last ten. The team currently sits in the relegation zone at the 17th position on the league table with only 19 points to their name.

Aue’s no-loss streak, which had lasted for two matches, ended with their loss in the match against Karlsruhe. The visitors scored three goals in the match while Aue could score none, ending the match with 0-3 FT score.

Erzgebirge Aue will have a tough time in their match against Hamburg. Even though Hamburg’s recent matches show the team in a hiccup with their performance, they can get back in form at any time. Erzgebirge’s poor form puts them in a vulnerable position, which Hamburg will hope to take advantage of.

I believe the match will end in a win for Hamburg. Both teams have scored in most of their recent matches and can be expected to score in this match as well.