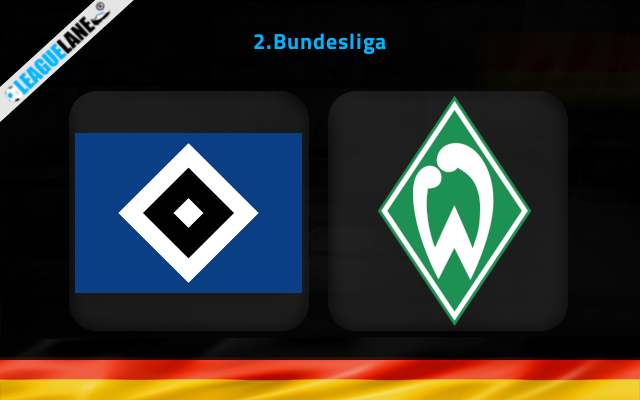 Both Hamburg and Werder Bremen are enjoying an excellent 2.Bundesliga season so far. These two strong second division outfits will meet each other at Volksparkstadion in a high profile 2.Bundesliga match on Sunday.

Hamburg have been recording brilliant results since the beginning of this season. They have an impressive form and have only lost in the league so far. They also possess a strong attacking and defensive lineup.

They are unbeaten since December and such a run have allowed them to occupy the second spot on the table. Their most recent league fixture against Sandhausen away from home ended up in a score draw. However, they will have highest of spirits to enter this fixture.

Similarly, Werder Bremen with an outstanding spell of form, sits on top of the league table with 42 points. They have one point difference with Hamburg and will be hoping to increase the gap between them.

They are unbeaten since November 2021. their most recent fixture at home against Ingolstadt ended up in a 1-1 score draw. However, they will be also having highest of spirits.

By the looks of things, both these outfits are looking capable of sealing a win and hence, it will be highly competitive game as they both possesses one of the strongest attacking and defensive lineup of this season.

Analyzing all the above stats, we can see them both possessing equal strength in league games and head to head records.

Hamburg are yet to face a defeat at home this league season. They have been also scoring goals at a good rate.

On the other side, Bremen are unbeaten in 9 of their total 12 on road fixtures this season. They also possess a good attacking lineup on road.

Hence, we are reckon to think that both these outfits will end up in a score draw. Backing neither of these outfits seems to be the ideal option here.