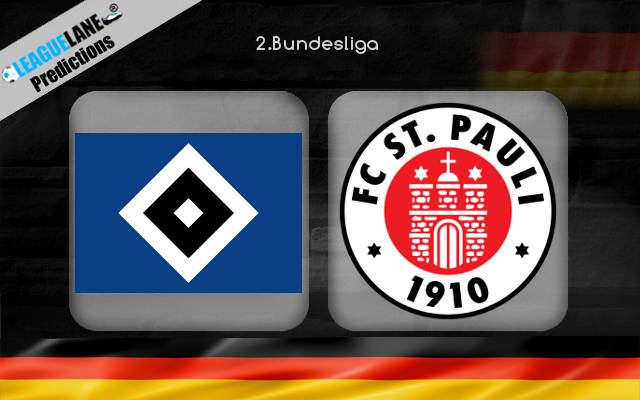 An invincible run at the start of the season ought to put the Hamburger SV players in cloud nine as they prepare to host St. Pauli in the 2. Bundesliga. A 3-1 win at home against Wurzburger Kickers in the last league clash topped their five-game winnings streak in the campaign.

St. Pauli has picked up 6 points from their five appearances with a win and 3 draws in it. The guest has lost only one of their five clashes so far this term. They will visit on the back of a 2-2 draw on the road with Darmstadt last time out in the campaign schedule.

Hamburger SV is at their best form in the league right now, and with their winning streak, they are likely invincible in the campaign as of now. The host enjoys the ground advantage and with 2.6 goals per match as a league-average, there is no doubt that the visitors can expect a huge loss at Volksparkstadion.

The match is sizing to be a high-scoring affair, despite most of their recent h2h meetings have ended otherwise in ninety minutes. But with the Red Short’s newly found form, we can expect the fixture to be filled with action from start to end.

In addition to that, St. Pauli has been struggling to keep their points intact in the league. The visitor has been winless for the last ten away games in their overall schedule. With that poor away form, they will hardly affect the home team that hasn’t lost a point so far this season.

So, the home win in full-time will probably be the best bet for the punters. Furthermore, the tip for over 2.5 goals will also come in hand with the chance of a high-scoring affair in the encounter.