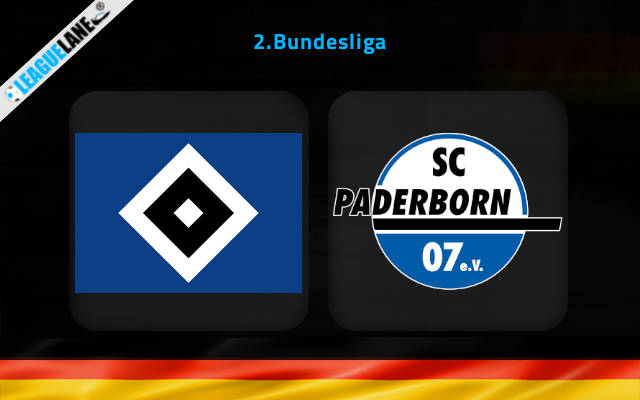 Game week 28 of 2. Bundesliga brings us the match between Hamburger SV and Paderborn on Saturday at Hamburg.

Hamburger SV played their last match against Fortuna Dusseldorf. Hamburg stopped Dusseldorf from securing a win after they scored I the 90’ minute of the match, ending the game in a draw with 1-1 FT score.

Paderborn’s matches show an inconsistency with the team’s performance. They have got mixed results from their matches throughout the season. From the last ten matches, the team has got two wins, four draws and four losses. Their performance has put the team in the 8th position on the league table with 37 points.

Paderborn’s last match against Jahn Regensburg ended with a loss for the team. Regensburg maintained the lead they secured until the end of the match, ending the game with 1-0 FT score.

Hamburg has the advantage of playing in their home ground. Hamburg has lost in only one of their home matches this season and too in the most recent match. The loss, however, ended the team’s 12-game unbeaten streak. Paderborn has achieved some good results for the team. They have lost in only two of their road trips.

The match is most likely to end in a win for Hamburger SV. Hamburg has scored most of their recent goals in the second half of the match and can be expected to do so in this match as well.