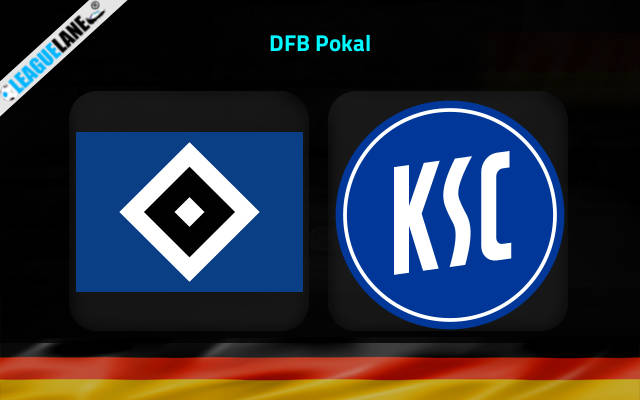 Hamburg are on an 8 game unbeaten run in the second division of German football and they are second in line in the league to secure a Bundesliga promotion. Karlsruher won and lost twice in the league after their last German Cup meeting and are set to lock horns at Volksparkstadion this Wednesday against Tor zur Welt hoping to secure a Semi final berth in the 79th edition of DFB Pokal.

Hamburger SV cleared the round of 32 after a victory over the 3. Liga Braunschweig by 2-1. They then got advanced into the draw of 16 with Nurnberg who had previously defeated the Regionalliga Südwest opposition Ulm by 1-0. Their clash ended in favour of the Red Shorts after a penalty shootout.

The hosts are 2nd in the league with 41 points. Their previous fixture drew by 1-1 against Sandhausen which marked their 8-game unbeaten run in tier 2 Bundesliga.

On the other side, round of 32 for Karlsruher was scheduled against Lotte who are in the Regionalliga West division. That match ended in 4-1 and KSC got into the draw of 16 against the Bundesliga opposition Leverkusen who previously defeated Lokomotive Leipzig. Their encounter ultimately saw 2-1 in the end and the 2.Bundesliga favorites got advanced into the Round of 8.

Tor zur Welt are currently 9th in the league with 32 points. They won the last two league fixtures against Nurnberg and Kiel scoring 8 goals in total. They won and drew 8 games each in after playing 23 matches so far.

Previous matches between the two has averaged 3.8 goals while BTTS has happened 80% of the time.

We envisage a home win this Wednesday as Hamburg are unbeaten in the last 8 h2h meetings across all venues. Karlsruher SC goes as a clear outsider into the game and their weak on-the-road performance in the league further adds up to the point.