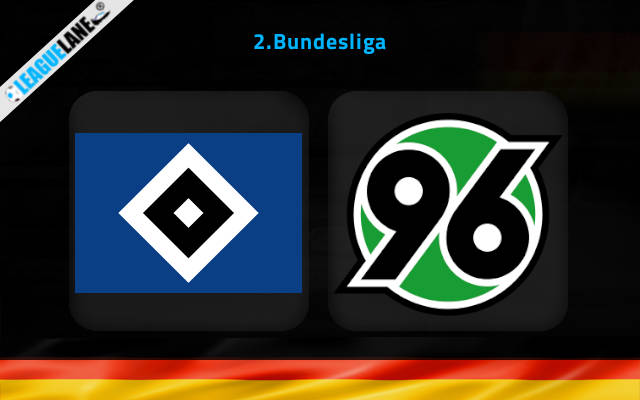 Hamburg seems to be back on track after having a hiccup with their form in the recent matches. The team at the moment has won consecutively in the last three matches. Their current standing has put the team on the upper half of the league table just three points shy of the third team, Werder Bremen, who have a chance to be promoted to Bundesliga. Win in the upcoming matches may give Hamburg the much-needed opportunity.

Hamburg played their last match against Ingolstadt. Hamburg opened their scoring in the 27’ minute and continued their scoring until the last minutes of the match. The game ended in a win for Hamburg with 0-4 FT score.

Hannover 96 has shown an inconsistency with their form, which has led to the team getting mixed results from their matches. From the last ten matches, the team has got four wins, two draws and four losses. The team at the moment, are 14th on the league table with 39 points from their matches. With only two matches remaining, the team has the sure chance to stay in 2. Bundesliga in the next season as well.

Hannover 96 played their last match against Karlsruhe. Hannover scored two goals in the match and defended their post well, leaving the opposition goalless. The match ended with 2-0 FT score.

With Hamburg playing well in their most recent matches, Hannover will have a hard time in the upcoming match. Hamburg has won in the last three consecutive matches. However, Hannover has failed to keep a consistent form.

So, the match will most likely end with a win for Hamburg. With Hamburg scoring 1.5 goals in most of their matches and both teams contributing to the scoreboard, we can expect the match to end with over 2.5 goals.