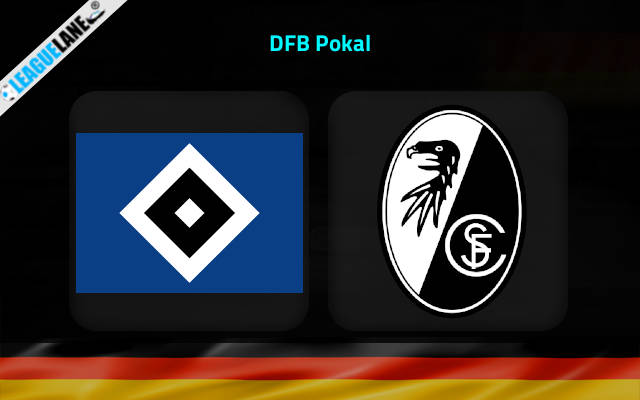 This year’s DFB-Pokal has been a season of shocks, with giants falling in early rounds, shared by the fact these two are meeting in a semi-final. Hamburg are set to host Freiburg at the Volksparkstadion on Tuesday.

Hamburger in league terms, represents fallen giants, with HSV currently enduring a fourth consecutive campaign in the second-tier. They beat Karlsruher by 3-0 in their previous league outing on Tuesday. They remain the only side left in the competition that are outside of the Bundesliga, so expectation will certainly be off their shoulders.

The hosts come into this on the back of a 3-2 Quarter final win over Karlsruher after penalties. The club has struggled to return to the top flight since being relegated to the second tier since the 2017-18 campaign.

Freiburg certainly come into this tie as favorites, given that they are the top-flight side. They have been an impressive and consistent side in the Bundesliga for a number of campaigns now. The visitors go into this clash following on from a 3-0 Bundesliga win over VfL Bochum in their previous fixture.

The visitors meanwhile, beat Bochum 2-1 in the Quarterfinals, with Roland scoring a 120th-minute winner. They are through to their first semi-final for 9 years, dreaming of their first ever major cup final.

Hamburg’s last 3 games in the DFB Pokal have been determined on penalties. They have also won the last 2 home games coming into this one while maintaining a cleansheet.

They hosts have conceded four fewer goals than Freiburg, though the quality of opponents they face week in and week out is slightly different than the teams Freiburg who go up against in the top flight.

Meanwhile, Freiburg are on a 5-game away unbeaten run while winning thrice. They dream of a remarkable qualification for Europe’s grand stage through their league success this campaign, they could also make history in the DFB-Pokal too.

Hence, the visitors come in as the favorites to win this Tuesday.