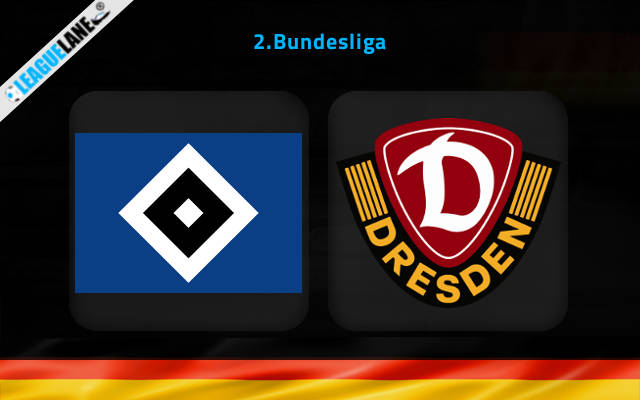 Hamburg will host Dynamo Dresden in one of the most exciting games of the Matchday No 2 in 2. Bundesliga on Sunday afternoon at Volksparkstadion.

The clash between Hamburger SV and Dynamo Dresden has all the ingredients of a fantastic action-packed thriller.

The bookmakers see HSV as heavy favorites (the hosts are priced at the 1.61 to clinch the win), which they should be on paper, but we can by no means underestimate the newly-promoted side here.

They kept the core of that team and further strengthened the squad ahead of this season, announcing the will to avoid the immediate return to the third division.

Dynamo opened the season with a fantastic showing in the 3-0 thumping of Ingolstadt (another recently-promoted side).

Their main man and the top scorer form the previous season, Christoph Daferner completely stole the show by scoring two goals and delivering an assist for the remaining one in a commanding victory.

Daferner could have a lot of space to take advantage of momentum and deliver the goods here against attacking-minded HSV as well and we would not be surprised at all to see him on the scoresheet on Sunday.

Nonetheless, Hamburger SV will have something to say of their own in the final third here. They completed a great comeback to beat Schalke 04 in the derby of the opening Matchday.

Striker Robert Glatzel missed a penalty in the first half only to score the equalizer at the start of the second half, while Moritz Heyer and Bakery Jatta came up with last-gasp goals inside the final four minutes of the game in Gelsenkirchen.

This match simply screams goals for us. Both sides showed tremendous attacking displays on the opening day and we can hardly imagine any of them failing to find the back of the net when they come across each other at Volksparkstadion.

Over 2.5 goals FT & Both Teams To Score is the main pick at the 2.00 odds, while the value-seekers can try with Dynamo Dresden to score two or more goals at the sky-high 3.25 odds.