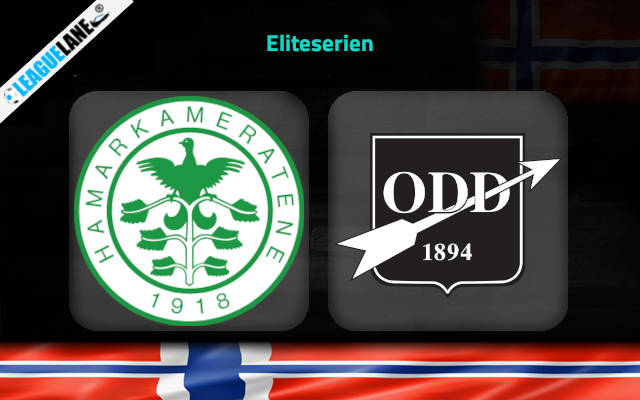 Odd have been going through a stretch of poor performances lately and have dropped a lot of points as a result. They are also conceding goals in huge numbers and are hanging by a thread over the relegation zone.

On the road they have been struggling to such an extent that they have a perfect losing record, barring an encounter against the struggling Jerv.

Meanwhile, Ham Kam are on an unbeaten run and are finding the back of the net consistently as well. Even though they have been unable to convert their draws into wins, they definitely have built some momentum – especially so at home.

By the looks of things, expect them to have the upper hand this Saturday.

However, they have not fared well in previous head-to-head clashes over the years and as a result it is a doubt if they would be able to keep a clean sheet this weekend.

Ham Kam are on a seven-game unbeaten run and they had remained so in 32 of their former 36 fixtures. They are also unbeaten run at home since September and have lost just thrice here since May of 2021.

On the other hand, counterparts Odd have lost 6 of the former 10 overall matches and were also defeated in 5 of their past 10 road trips. Considering the recent performances of both squads, expect Ham Kam to have the edge this weekend.

However, taking into account their defensive performances in head-to-head meetings over the years, anticipate Odd to find the back of the net at least once.

Tips for Ham Kam vs Odds