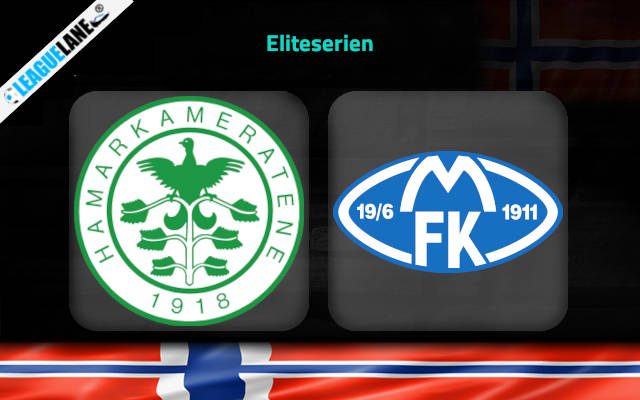 Molde are easily one of the absolute best teams in the Norwegian top flight this season and their recent performances prove that as well.

They are on a long winning streak and it also deserves to be mentioned that they are the only team in the whole competition to have won every one of the past five league games.

They are scoring goals at a superb rate, and they also have been the best team in road games so far this campaign.

Meanwhile, Ham Kam also can be considered one of the better teams in the Eliteserien, but not at all at the level as that of Molde.

For one thing they have struggled to show any kind of consistency at home lately and most importantly they have a poor head-to-head record against this rival over the past years.

For these reasons, expect a victory for the in-form Molde this Sunday.

Ham Kam were winless in 8 of their past 14 overall games, and they had remained so in 4 of their previous 6 appearances at this venue. Do note that they had also let in 2 or more goals in two of their past three home fixtures.

Considering these observations, as well as the head-to-head superiority of Molde, expect a win for them this Sunday.

Tips for Ham Kam vs Molde