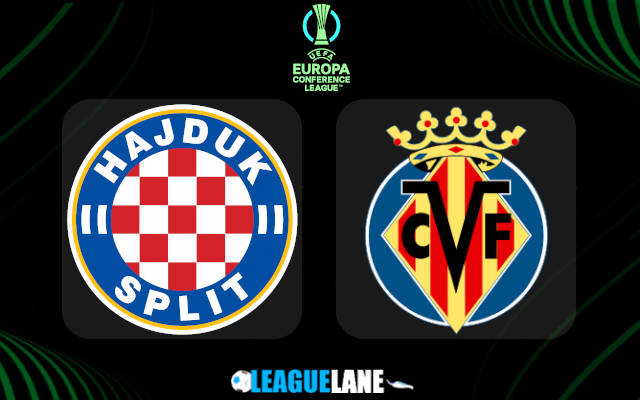 Villarreal are flying high at the beginning of the new season. They have a perfect record of two wins in two games in La Liga with a goal difference of 5-0 in the process.

El Submarino Amarillo stunned Atletico Madrid 0-2 on the road on Sunday evening via goals from Yeremi Pino and Gerard Moreno.

Moreno was also on target in the last week’s 4-2 victory over Hajduk Split in the first leg of the UEFA Europa Conference League playoffs on Spanish soil (at Estadi Ciudad de Valencia).

Villarreal will thus carry a two-goal advantage to the reverse fixture in Croatia where they will once again be enormous favorites to record a win.

Unai Emery’s men made it to the UEFA Champions League semifinal last season and they seem determined to break back into the top-four in the Spanish top flight in this campaign.

Hajduk Split are still in the shadow on their bitter Croatian rivals Dinamo Zagreb in their own country.

Although we have seen some positives in and around the team with some proper acquisitions over the last couple of seasons, we must say that Hajduk Split are not at Dinamo Zagreb’s level at the moment.

This means that we can’t expect big things from them in Europe. To be fair, the Conference League playoffs draw was by no means friendly to them, but it is what it is.

Hajduk Split have three wins and one loss in four games at the start of the new season in the domestic league. However, that lone defeat has come at the hands of Dinamo Zagreb and it was a tough one (4-1).

It is very hard to compare these two teams at this stage. Villarreal are huge favorites in the reverse tie as well and we will back them to win at the 1.55 odds.

The Over 2.5 goals FT looks like a better option at the 1.75 odds since we have seen a very open affair last week in Spain.