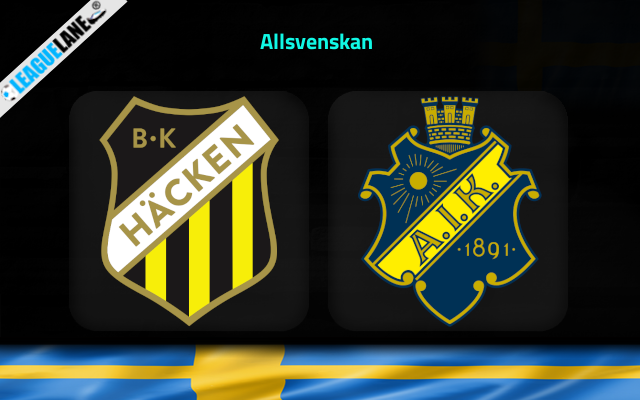 Both Hacken and AIK will be hoping to open their opening fixture of this Sweden first Division season. They both will meet at Bravida Arena on Saturday afternoon.

Hacken ended up their previous season at the 12th spot on the table. They were having a disappointing fluctuating form throughout that season. They had an average offensive and defensive lineup too.

Hacken were last seen playing a club friendly match against Valerenga on road. The match ended up in a 3-3 draw. It was their third friendly match after the Svenska Cup fixtures. They recorded inconsistent displays in those three friendly fixtures too.

Meanwhile, AIK claimed the second spot of the table at the end of the previous season. They were enjoying a good spell of form that season. They possessed a good offensive and defensive lineup which added up more to their successful run in the past season.

AIK were last seen playing a 2-1 victory at home against Jonkopings in a friendly fixture. When looking at their past 10 fixtures including friendlies, we can see them remaining unbeaten in 8 of those.

AIK scored two or more goals in each of their past three on road fixtures. On top of that, they have a strong head to head stats against Hacken at this venue.

By the looks of things, we expect AIK to start off this fresh season with a positive display against this Hacken who seems capable enough to score one past them.