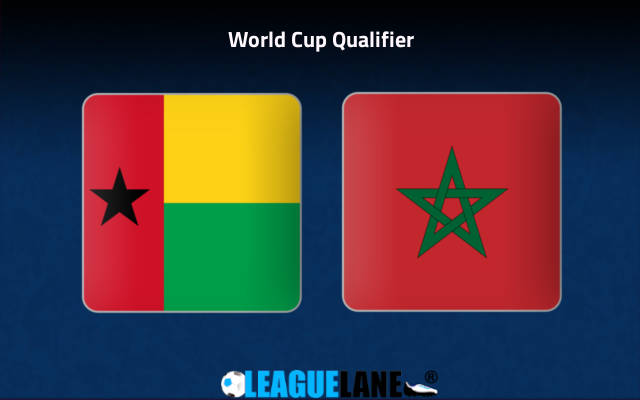 Morocco look to cement their place at top of Group I when they travel to Guinea on matchday 2 of the World Cup 2022 Qualification.

Goals in either half have Morocco a 2-0 win over high flying Sudan on matchday 1. Rennes defender Nayef Aguerd drew the first blood and the scorecard was completed in the second half by an own goal by Abuaagla Abdalla.

Meantime, Guinea were held to a 1-1 draw by neighbours Guinea-Bissau. It was an away fixture and Guinea took an early lead through Lokomotiv Moscow striker Francois Kamano only to see it cancelled out in the second half by a strike from Joseph Mendes.

The Elephants had a solid African Cup of Nations qualifier and they made it to the continental competition by finishing second, 2 points behind Mali.

Guinea generally do well at home, but I am highly doubtful if they have what it takes to deny a team like Morocco.

Recent form of the Atlas Lions speak for itself with the team unbeaten in the last 18. They must win here comfortably also when taking into account the 7 consecutive clean sheets.