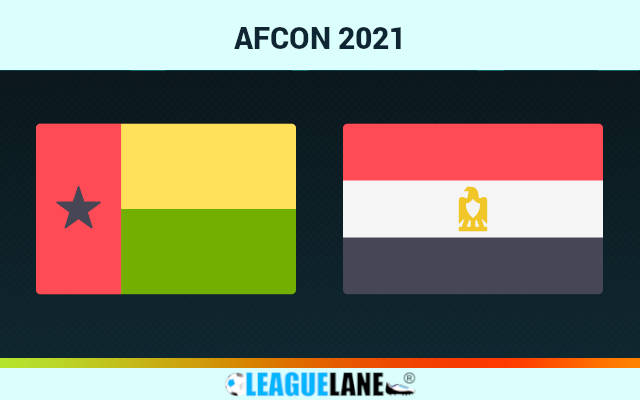 Egypt is lost the first game of CAF AFCON and is at the last position on Group D. Guinea Bissau after their first draw in the group landed on 3rd spot.

Djurtus is however ranked 1st in the third placed teams of which they can still get a chance for Play offs. The second round of Africa Cup of Nations is scheduled this Saturday at Stade Omnisport Roumdé Adjia.

They have never met across any competitions so far, therefore this upcoming fixture will mark their first ever encounter.

Guinea Bissau drew their opening AFCON match against Sudan with no goals till the end of final whistle. They missed a golden opportunity when Pele’s penalty was saved by Sudan’s Ali Abdallah Abu-Eshrein at the 82nd minute. That match ended with 3 yellow cards resulting in a goal-less draw.

Guinea Bissau made an exit from World Cup Qualifiers after losing two games. Morocco passed on to the third stage of qualifiers defeating all other teams on the group. Their last WC qualifiers was also scheduled against Sudan which ended in a goal-less draw.

Egypt lost the first schedule against Nigerians when the Leicester forward Kelechi Iheanacho score at the first half. Mohamed Salah made some interesting runs and crosses but couldn’t breach the Nigerian defense to equalize at the end.

The Pharaohs lost to Qatar at the FIFA Arab Cup play offs for the 3rd placed teams after drawing on regular while losing at the end after penalties. They are lost 3 games in a row back to back after a win against Jordan at Arab Cup Quarter finals.

A succession of effective displays from the Egypt defenders has resulted in the number of goals they’ve conceded amounting to 4 from their last 6 fixtures overall. Over that same period, their own attack front has managed to bag a number of 10.

We feel that the losing run for Egyptians will finally end this weekend as Guinea Bissau will find it difficult to square off against a more experienced Egyptians. A real pummeling score sheet is also up for cards this weekend.